A dog dumped on Saturday in Humble, Texas was found dead on Sunday morning. A surveillance video posted on the social media site Nextdoor, showed the poor dog being pushed out of a car off Lee Road near Oak Hill Estates. According to the post, neighbors reported the incident to the police, but no one ever came out to investigate.

Neighbors in the area tried to capture the frightened dog and searched for her well into the night. She was so frightened, she hid in the bushes; she was just too scared of humans. No one could find her. 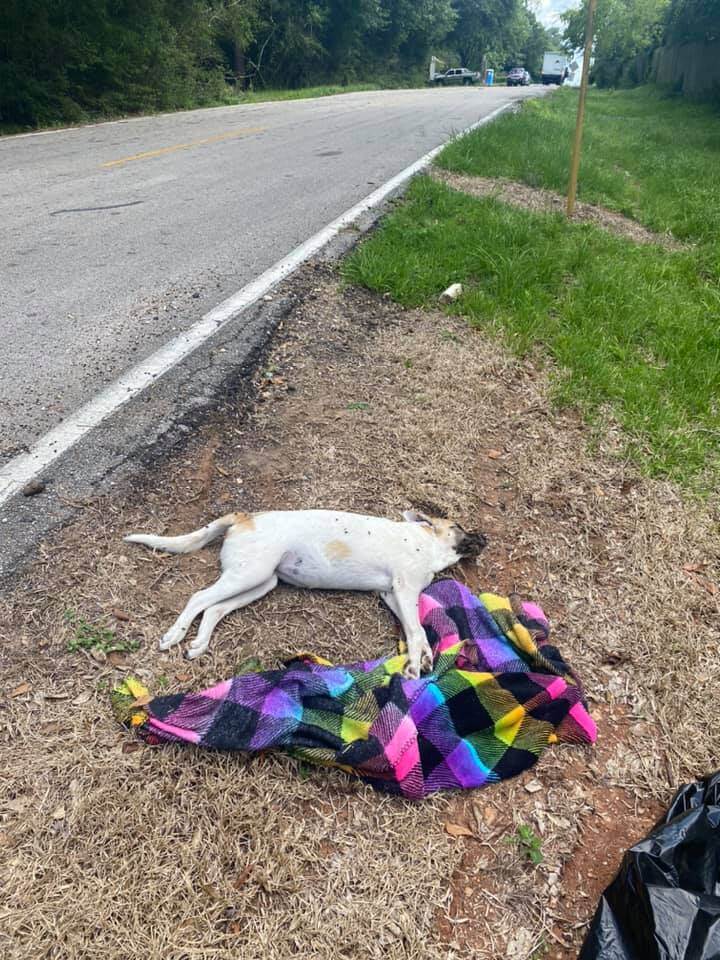 Tragically, she was found deceased on Sunday morning; the rescue group ThisIsHouston covered the dog’s body with a blanket. They named her Leah. Later that morning, Leah’s body was photographed, wrapped in the blanket and carefully placed in the plastic bag to take her to the veterinarian for a necropsy and cremation. 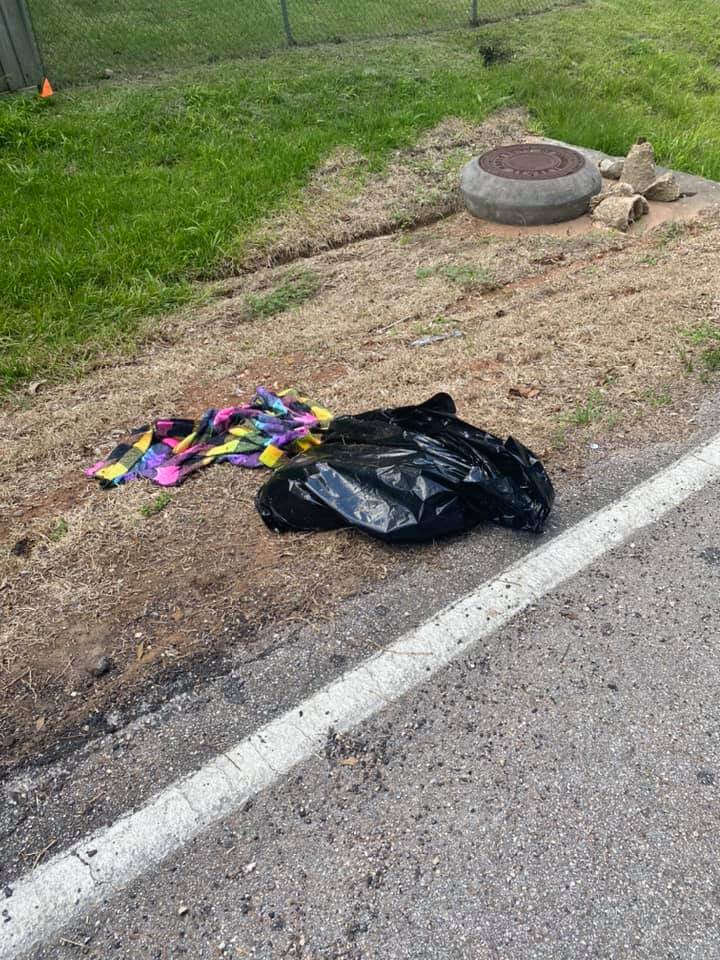 Rescuers have a message for the people who abandoned the dog.

“Today we picked up your dead dog. You abandoned her. You didn’t give her a chance at life. You left her to die. You opened your car door and shoved her out.”

Authorities from the Harris County Animal Cruelty Task Force will investigate the death of Leah. The license plate of the car, the name and the address is now known.

“She was probably chasing after you, and then resorted to hiding in the bushes, terrified. She was disposable. She was scared in her final moment. She was just a puppy. She was so undeserving of this.”

And the message continued.

The innocent little victim of someone’s intentional cruelty will undergo a necrospy to determine her exact cause of death.

“Karma will find you. Until then, you can rest assured she won’t be a burden to you or anyone else again. Now you can sleep peacefully at night. Mission accomplished,” and the message ended.

It is hoped Leah will find justice – even in death. Updates on the investigation to follow.