A dog, near death from a raging, untreated mammary infection, was put down after being taken in at Indiana’s South Bend Animal Care and Control. On June 7, the animal welfare agency reached out to the public for help in the case:

If anyone can help us identify the owner of this dog we ask that they contact us immediately. This dog was brought in to us, barely alive and in insufferable pain, after being found near Lippert Components parking lot on Sample Street.

The infection was so terrible that the smell was just overpowering it was just very rancid that’s how infected the dogs’s mammary tumors were. 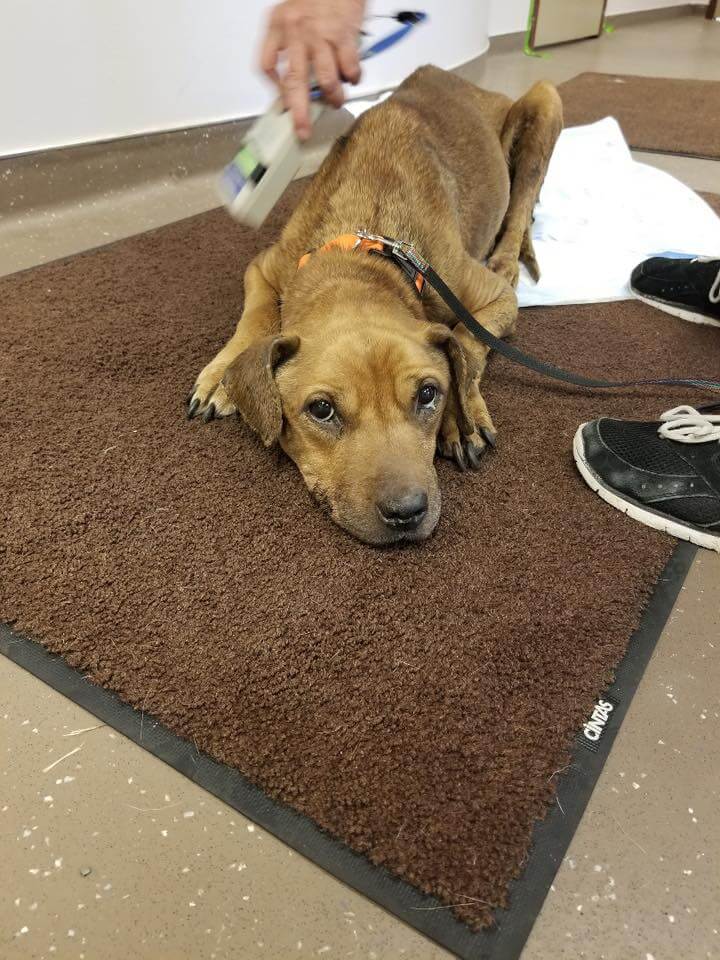 The infection was so advanced, and the dog’s condition so poor, that the difficult decision was made to put her out of her misery. 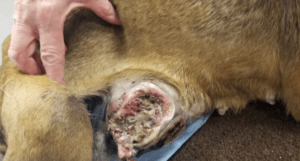 Abandonment is never okay. Anyone with information about who this dog belonged to is asked to reach out to the animal care facility at (574) 235-9303, or email any information to sbacc@southbendin.gov.

Of note: Nearly one quarter of all unspayed dogs will develop mammary tumors during their life – another reason to have your dog altered!