An abandoned puppy has been adopted by the police officer who rescued her. On Thursday, the Augusta Maine Police Department let Facebook page followers know that Officer Rogers made the adoption final, almost a month after the puppy was found. The authorities recounted the pup’s rescue, writing:

On July 16, Officer Rogers was dispatched to an abandoned puppy which appeared to be injured. The puppy’s injuries were checked out by a local veterinarian to make sure she was okay. At the same time officers made every attempt to locate the owner without success. 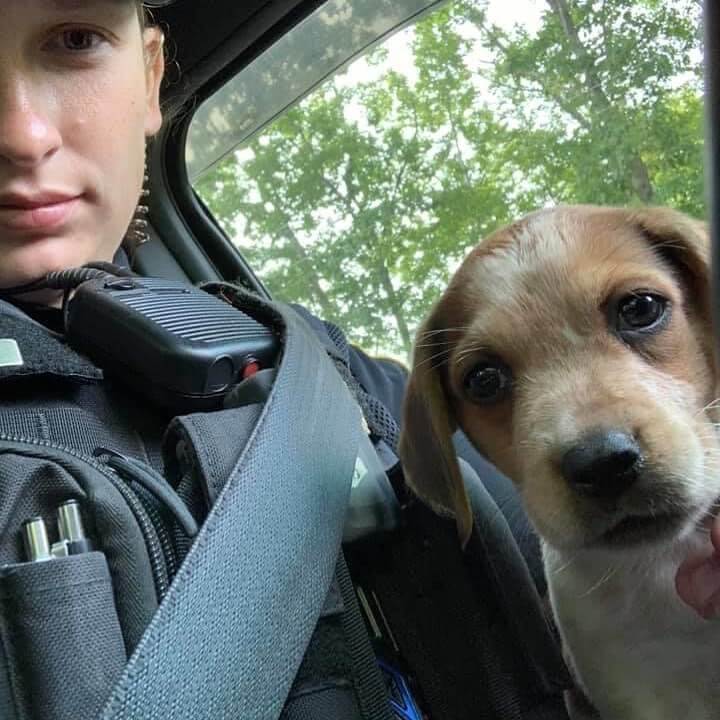 The veterinarian asked if Officer Rogers could check on the puppy throughout the night until Humane Society staff came in to work. Throughout her shift Officer Rogers checked on the pup as often as she could even taking her meal break with her new friend.

Officer Rogers had an immediate bond with the pup and offered to foster her until it was possible to complete the adoption. The paperwork was finalized on August 18. According to News Center Maine, the puppy’s new name is Rey, and she keep her new family on their toes!