No one knows how long an abandoned, tiny puppy hid under a mobile home in Dallas and would not come out because he was stuck and tangled up by his legs. For days rescuers with Dallas Dog – Rescue.Rehab.Reform struggled to rescue him; it took 36 hours of crawling under a foot-and-a-half space, crowded with insulation and trash to untangle and free the pup from the fencing underneath. 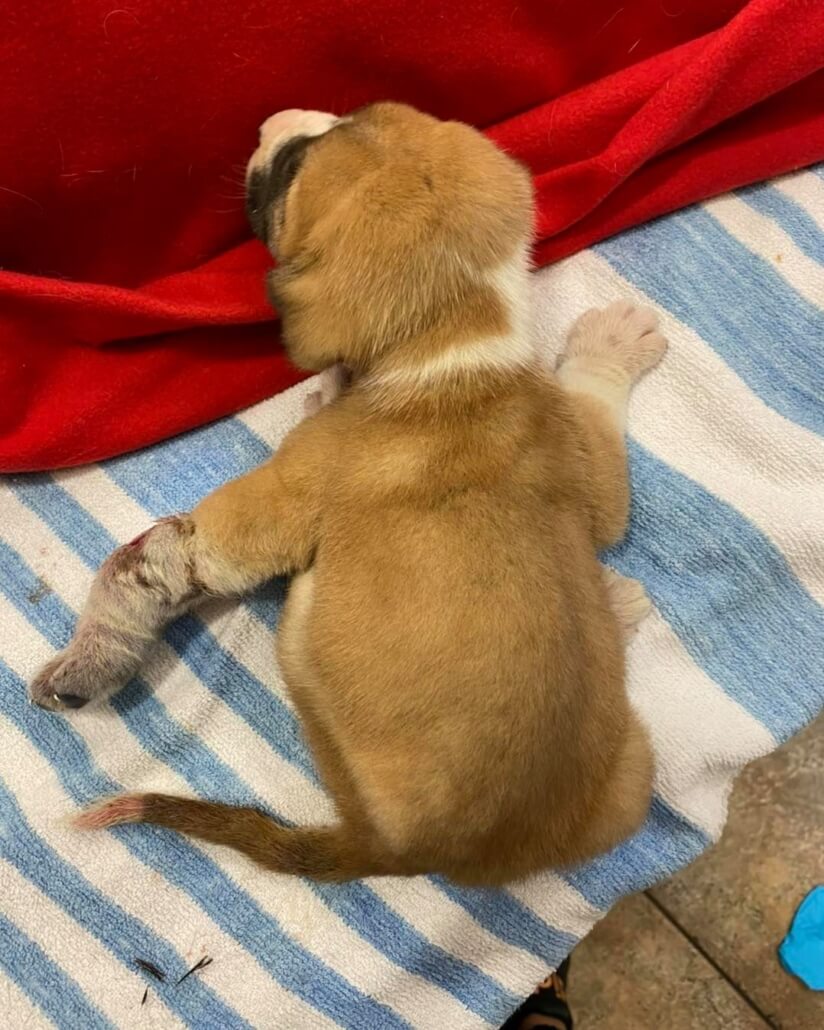 Rescuers rushed him to their partner veterinarian hospital where he was immediately given intravenous fluids and antibiotics. When he was pulled to safety, the skin and bones puppy’s legs were mangled, he was too weak to stand and his body temperature only registered at 94 degrees. 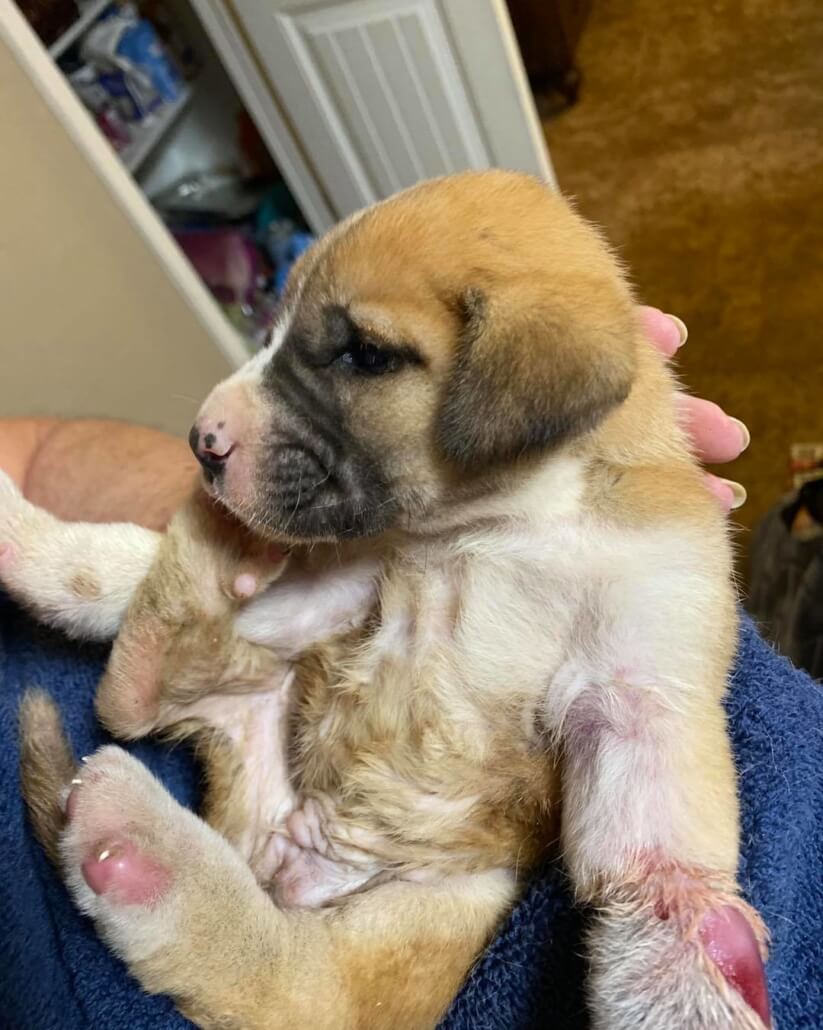 “He is at the ER the one leg is cold and there is NO CIRCULATION he will likely lose the front left leg. Where it gets tricky is the back left leg is swollen and currently not presenting with feeling. This was just off the initial intake they are doing x-rays and blood,” the organization posted on their Facebook page updating everyone on the seriousness of the little one’s condition – now named Gideon.”