Just two months after a dog was adopted from the Muhlenberg County Animal Society, he was discovered on the side of a Kentucky highway shot in the head. Three dogs have been shot in the past three months – two of the dogs died.

According to the Muhlenberg County Animal Society Facebook page, the 10-year-old hound dog named Patriot, arrived at the shelter in September emaciated and in poor health. As if Patriot had an angel looking over her at that time, a 78-year-old grandmother came to the shelter and fell in love with the dog. 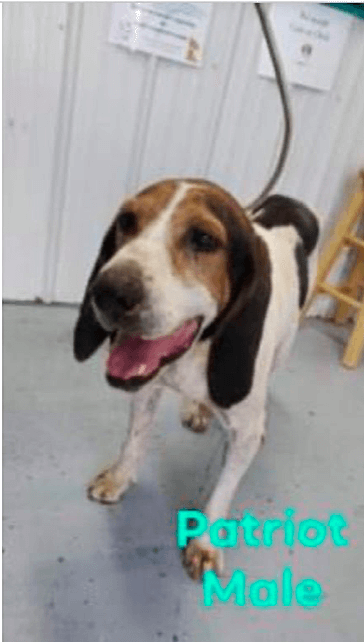 Tragically, Patriot escaped from her home and just a few hours later was found by a driver on the side of the road who assumed the dog had been hit on the highway. The Good Samaritan rushed the dog to the veterinarian hospital where he died.

“One of our former shelter dogs was confirmed deceased today at the Muhlenberg County Animal Hospital. He was adopted from us 2 months ago…First he was believed to have been hit but he actually had a gun shot wound to the head. Please if anyone has ANY info on who may be responsible for his suffering please let us know! Also we would like to thank the kind people that stopped and got this boy the help he needed so he wasn’t left on the side of the road to die alone.”

If anyone has information about who may have shot and killed the dog, please contact the Muhlenberg County Humane Society.