An adorable pooch with human like facial features has become an internet star. Mett Nori, an Aussiepoo mix who resides with his owners in Seattle. When his humans featured his photo on Twitter Friday, his adorableness went viral.

Many people think the photos of Nori have been altered; his human like smile, his pink lips and his large almond shaped eyes, but his humans, Kevin Hurless, 33, and Tiffany Ngo, 34, insist the cute little pup’s appearance are all natural.

“When he was a puppy, his fur was much darker, and he often was compared to Chewbacca or an Ewok, which are characters in Star Wars,” Kevin stated. “It has become less frequent as he’s gotten older, but we still often hear about how human his face and eyes look.” 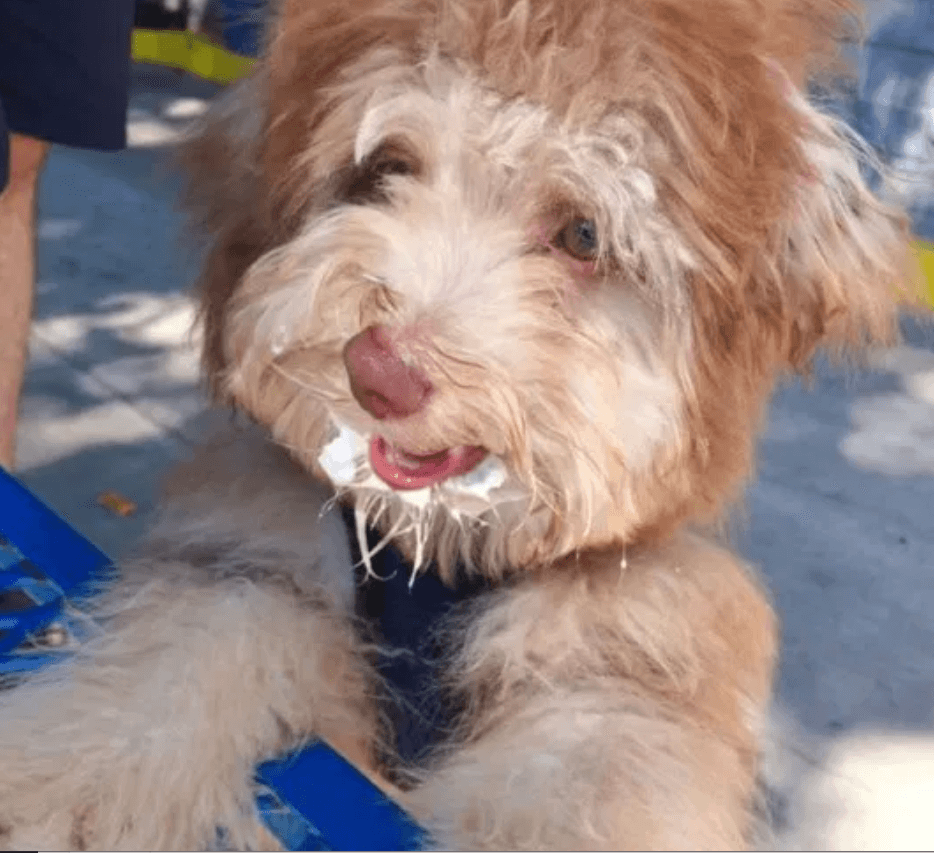 Nori has his own Instagram account, and his photos couldn’t get any cuter. Even better, his humans say the dog is friendly, sweet, energetic and oh did we mention adorable? The 13-pound ball of fluff looks a lot different when he’s bathed, but who cares?