At the BARCS Animal Shelter in Baltimore, Maryland, a very special shelter resident named Barak was reunited with his adoring human after four months of emergency boarding at the the shelter. It was an emotional reunion, but for all the right reasons and didn’t leave a dry eye among the staff and volunteers.

More than four months ago, several neighboring homes in the city exploded. One of the homes belonged to Barak and his human. Tragically, there were fatalities and Barak’s owner was seriously injured and suffered from shock trauma and serious burns where physicians made the decision to put him into an induced coma for pain management.

Barak was taken to the shelter, but on the way to the hospital and even though he was in excruciating pain, the dog’s owner pleaded with the EMTs that his dog be saved and returned to him when he recovered.

After Barak arrived at the shelter, the staff discovered the dog’s owner would be in the hospital for an extended period of time.

“Up until recently, guaranteeing a month-long hold or longer – even for an emergency – wasn’t always easy or even possible. BARCS is an open admission shelter and the looming threat of running out of kennel space has always plagued our our organization,” the shelter posted on their social media page. 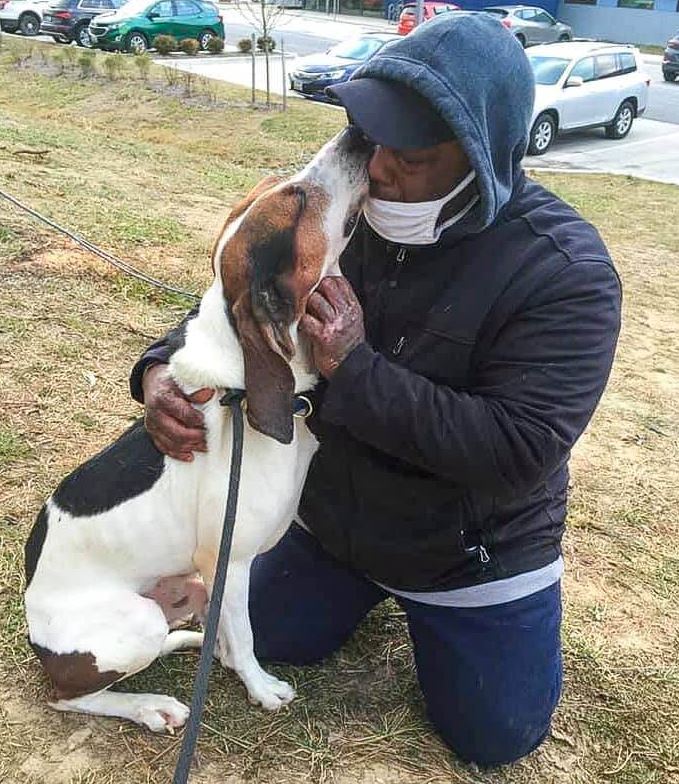 The pandemic, however brought a huge expansion of the shelter’s foster program, thus freeing up more space and making it possible to help more pet owners in crisis. And a pledge from the shelter was made to care for Barak until the two could be reunited. Volunteers and staff took him for daily walks, playgroups, training sessions and of course – lots of cuddle time.

And when the dog’s owner was released from the hospital, he still had to find someplace for the two to live and put the pieces of his life back together.

“In the final days of January, Barak’s dad secured dog-friendly housing and was able to pick him up from our shelter. He hugged and kissed his very best buddy, with all those around him watching in tears. Keeping this family together was worth the resources and worth the wait.”

For more information how to adopt or how you can help, please contact the following: