In Saskatoon, a 10-week-old blind puppy with brain swelling after he was kicked in the face is making progress. On Thursday, the five-pound puppy named Christmas was able to sit up on his own and ate for the first time. 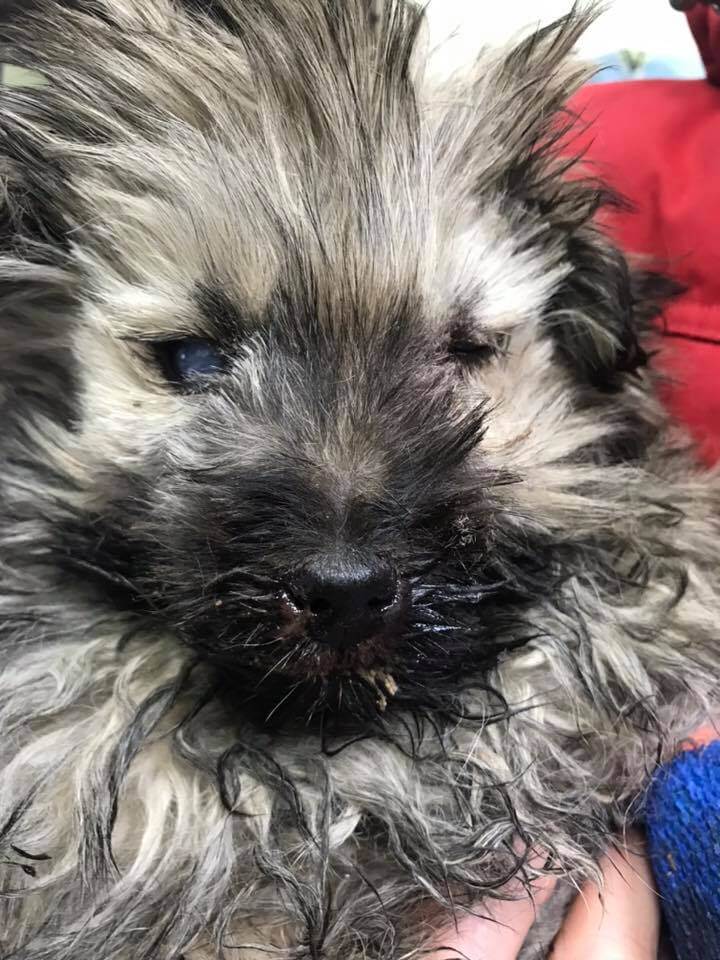 According to We All Need A Rescue K9 Rescue, staff members were contacted about the young puppy that had severe trauma to his head. The small children in the home told the actual story. When volunteers arrived at the home, the puppy was barely alive, had been having trouble breathing and bleeding from his nose. When picked up, underneath all of his hair, he was emaciated; nothing more than skin over bones.

According to the children, Christmas had been intentionally kicked in the face. Just below his eyes, the base of his nose was fractured. His brain was swollen, he was suspected to be blind and possibly death which could have been the result of the severe trauma inflicted upon him. 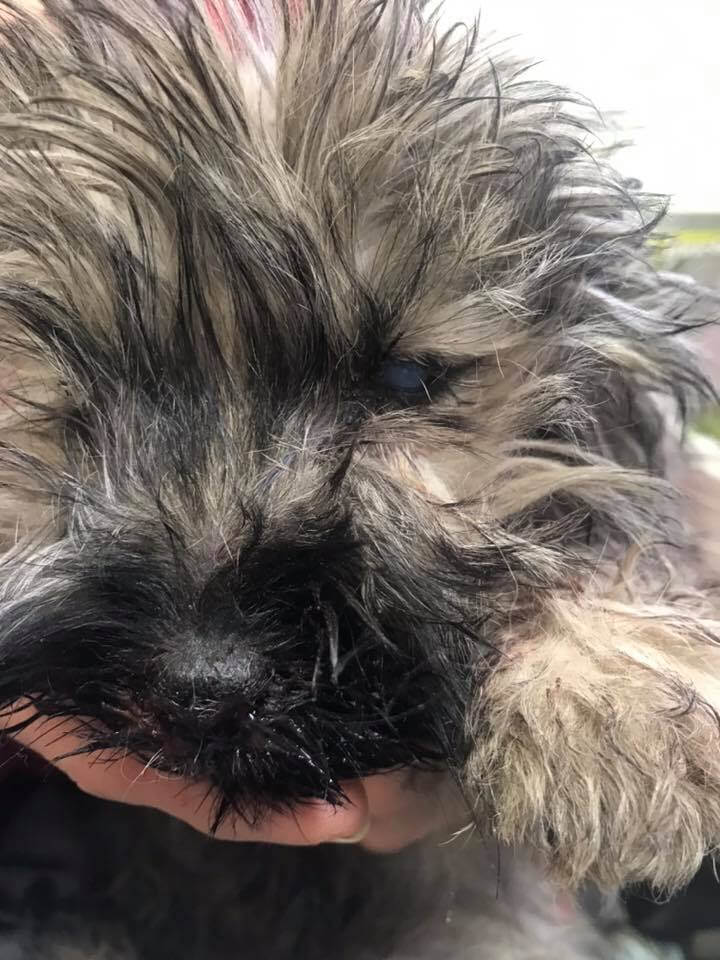 We All Need A Rescue K9 Rescue and Corman Park Veterinary Services have been working together to care for this puppy. He still remains in critical condition, although his prognosis has improved during the last few days.

Below is his first video before he was rescued.

“We just wanted to post a very quick update on Christmas for all who have been waiting.
The medication that he’s been receiving to help take the brain swelling down seems to be working. He now is responding to our touch and has actually sat up on his own for a very short time today.
He was also able to have some real food this evening and we think he really enjoyed that.
Thanks for everyone who has helped out with donations and kind thoughts…”

His veterinary expenses continue to increase. To help WANAR, ask you to please do so through the organization’s Facebook page, or etransfer at wanardogs@yahoo.ca. You can also contact us at 306-651-3647.