In Madison, North Carolina, an animal advocate is trying to help a brokenhearted pooch who misses her owner. Sadly, her human died unexpectedly, and the sweet Plott hound named Jupiter doesn’t understand. 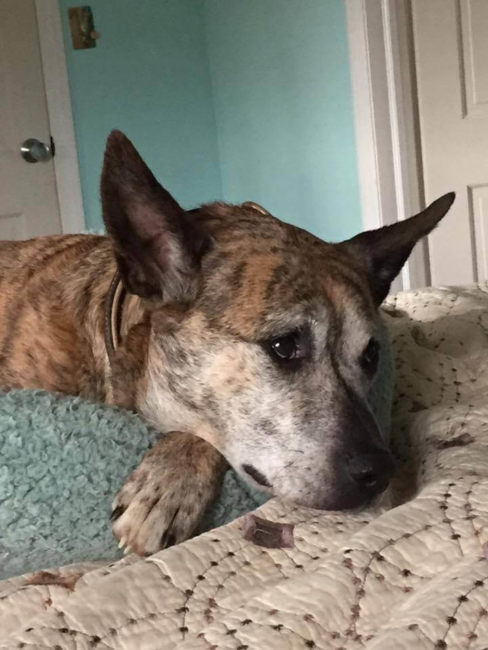 A friend of the family describes Jupiter as a 30-pound dog with a great disposition. She had originally been rescued and can be a bit timid and shy around men until she gets to know them. She lived in a home with another dog and several cats.

The Plott hound is a large scent hound, originally bred for hunting bears. In 1989, the North Carolina General Assembly designated the Plott Hound as the official State Dog.

For more information and if you are interested in giving this girl a home, please contact Kristy at 336-552-6591.