In Sorrento, Louisiana the owner of a sweet bulldog pleaded guilty to animal cruelty, yet her dog was returned to her. Nearly one year ago, the dog named Opie had been described as “skin and bones and horribly mistreated.”

According to WkrnNews, in October 2019, Opie arrived at the Cara’s House, after animal control officers responded to a tip of the dog’s living conditions. The president of the animal rescue, Reagen Daniel, stated  six-year-old Opie was emaciated, full of fleas and suffered from skin conditions when he arrived. At the time he weighed on 41 pounds. In addition he also suffered from heartworms. 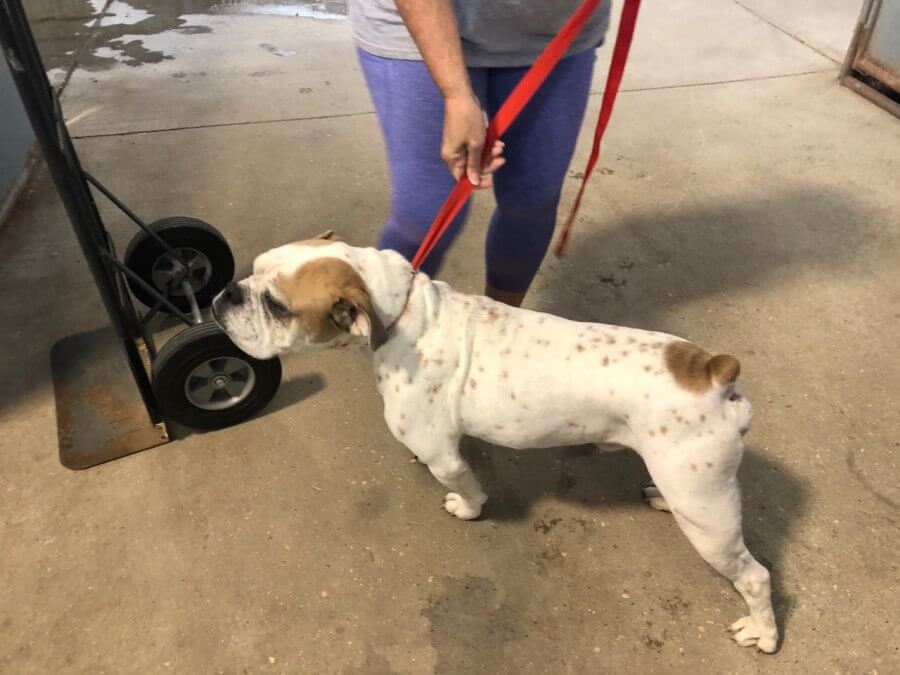 The dog’s owner, Ellen Hawkins, was originally charged with Cruelty to Animals; she pleaded guilty to Owners Responsibility and was able to receive Opie back.

“Many tears were shed today by our staff and volunteers as Opie was returned to owner. This goes against everything Cara’s House wants for the animals of our parish!!! We can not understand how this decision was made for him to be returned,” Reagen posted on Facebook.

This is the first time the rescue has ever had to return a dog to someone charged with animal cruelty.

“We just feel like justice wasn’t served here. We want the best for these cats and dogs and when they come in from poor conditions, the last thing we would ever think is they would be allowed to go back to those conditions,” Reagen added.