In Coachella, California, a heartless culprit discarded a three-week-old puppy in a plastic Walmart bag, and then threw her into the trash. She had been burned, badly beaten and left for dead. And now, just three-weeks later, she has defied all odds against her. 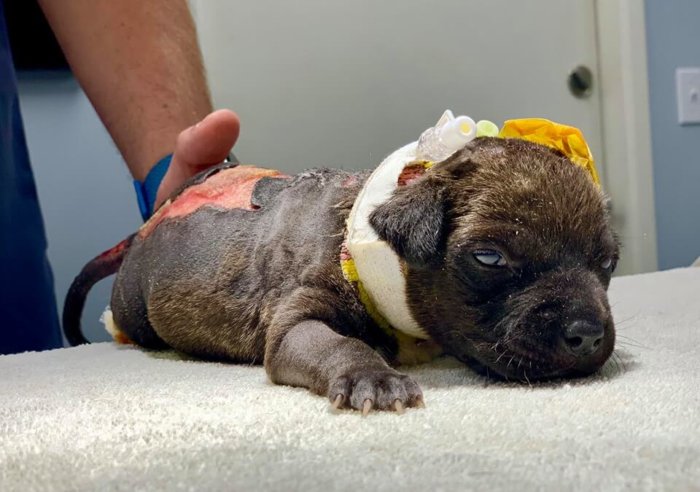 Someone rummaging through the trash heard the puppy’s helpless cries and rushed her to a local store where emergency help was summoned. The puppy named Hope appeared as if she had been burned with a caustic substance, had been missing part of her tail and was not able to walk as a result of her horrific injuries.

And now for the best news. A video released by the rescue organization helping her, Animal Hope and Wellness, on Monday showed Hope’s miraculous recovery:

The video highlighted Hope playing with another dog, eating on her own and romping in the grass just as puppies are expected to do. Although she is still bandaged and being treated daily for her burns, Hope doesn’t let her injuries slow her down.

“Her legs were crushed, and she was rushed to emergency in critical condition.

Only a few weeks old at the time, vet staff was unsure if she would ever walk again. But through consistent rehab and care – took steps we never thought she could.

Currently she is in foster being treated for burns that have not yet healed, but is expected to make a full recovery. While the scars of her past life will never leave her. It is who we are on the inside, that touches the world and those that surround us.

The dog who defied all odds. And the reason why we continue to rescue.

Thank you to everyone who shared her story, supported her care, and believed that in the end she could,” the rescue organization posted on their Facebook page. 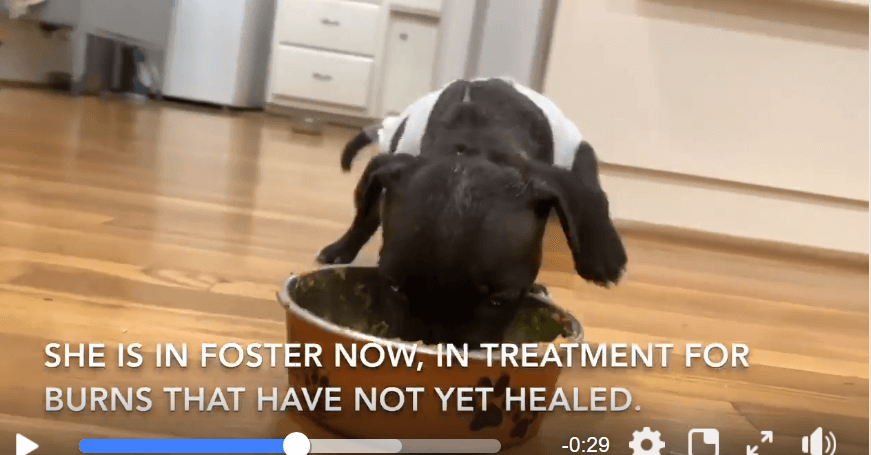