Amidst widespread devastation in Oregon, firefighting crews were able to make a heartwarming rescue. On Sunday, the Douglas Forest Protective Association Facebook page posted an image of a rescued calf, and explained what happened, writing: 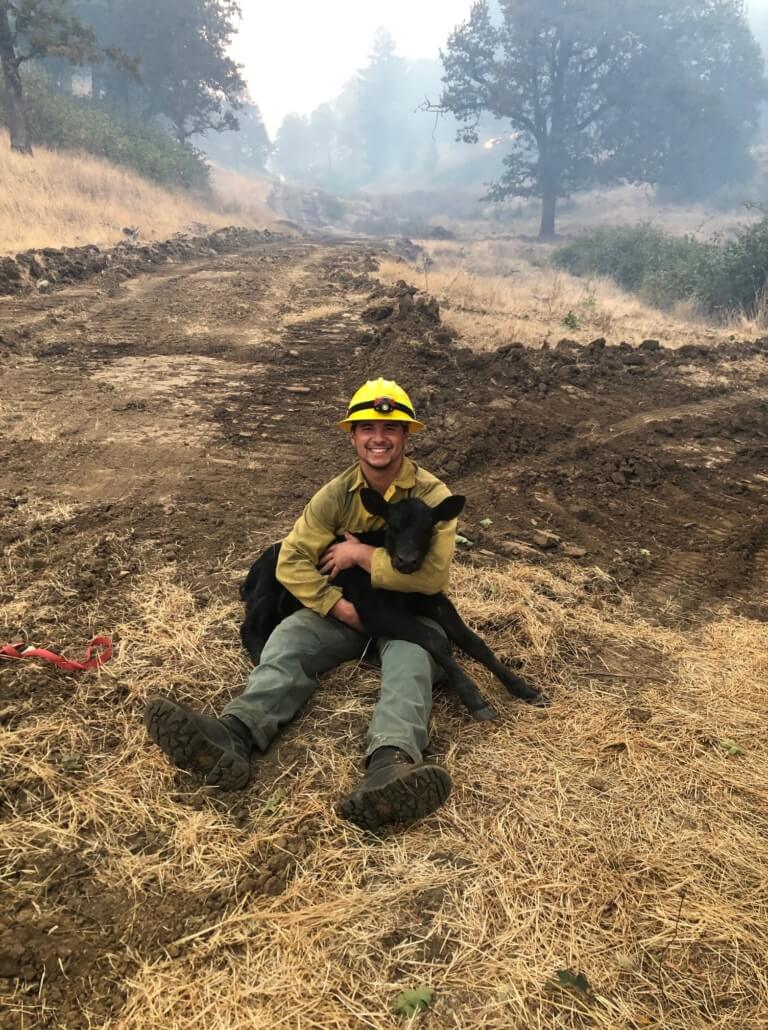 This has definitely been a hectic week with many stories to tell…some good and others not so good. But this morning, we’re focusing on the positive. This picture was taken during the initial attack of the French Creek Fire which burned 495 acres about a mile northwest of Glide.

Explaining the danger the calf was in as flames approached:

While our crews were working on the fire, five cows and this calf were in a bad spot with fire advancing their way. In the chaos of the moment, this little guy got stuck in a patch of blackberries that were on fire!

With words of gratitude for the life that was saved:

Luckily, we had an engine crew in the area that were able to keep the flames back while our firefighters went in and pulled the calf out of harm’s way! It was one small victory but we’ll take it.

KOMO News reports that the calf has been named Ember.