Currently cats and puppies are housed in a small trailer on the property, and larger dogs are kept in outdoor kennels. It is often hot in the summer, and although there is a roof over the structure, rainwater can get in through the open sides. The trailer has undergone many repairs over the years, but now it’s time for a major overhaul and expansion to keep up with the constant influx of dogs and cats.

Kris Rotonda, founder of Jordan’s Way Charities, is a strong spokesperson and staunch advocate for shelters and shelter animals. He has been working diligently since 2018 to raise awareness for the plight of these forgotten animals destined to live out their lives behind bars unless they are lucky enough to get adopted. Since 2018, Kris has spearheaded many other campaigns to help ease the suffering of shelter dogs and cats and promote adoptions.

Most recently he did his annual Christmas run. By teaming up with Chewy.com and Purina, he was able to distribute food, treats, and much needed supplies to countless Florida shelters and rescues.

Following the Christmas run, Kris spent ten days and nights living and sleeping side by side with the dogs at Humane Society of Pasco County.  He did this to show the world what it was like viewing life through the bars of a cage;  and also to encourage people to visit the shelter and adopt a pet.

According to Kris, he fell in love with this shelter because;

“It’s run by volunteers only, no one gets paid and they run on donations only..:no funding of any sort.”

While Kris was spending the ten days and nights at the Humane Society of Pasco County, he noticed the deplorable conditions of the shelter and the immediate need for renovations to create a more comfortable environment for the animals in residence. Sadly, because the shelter runs strictly on donations, very little is left after feeding and vetting to put toward a newer, larger building.

A Building Fund was set up on their web-page to help finance this million-dollar project. Right now, that goal seems astronomical and unattainable as they can barely pay their bills each month.

When Kris Rotonda heard of their plight and the need for donors, he offered to do a more intense stunt to call attention to the need and get people to pledge and donate. He has committed to spending 30 non-consecutive days/nights with the animals at the shelter. He will continue this stunt until a minimum of $500,000 is raised.

Time is of the essence. Since the current shelter was built in 1990, Humane Society of Pasco County has rescued thousands of pets, farm animals and wildlife.  They hope to keep on helping animals in their county and keeping them out of kill shelters. But they can’t achieve this dream until they have a better facility.

To donate to the building fund, go to their  website and click on the tab “Building Fund.”

Or via the GoFundMe page 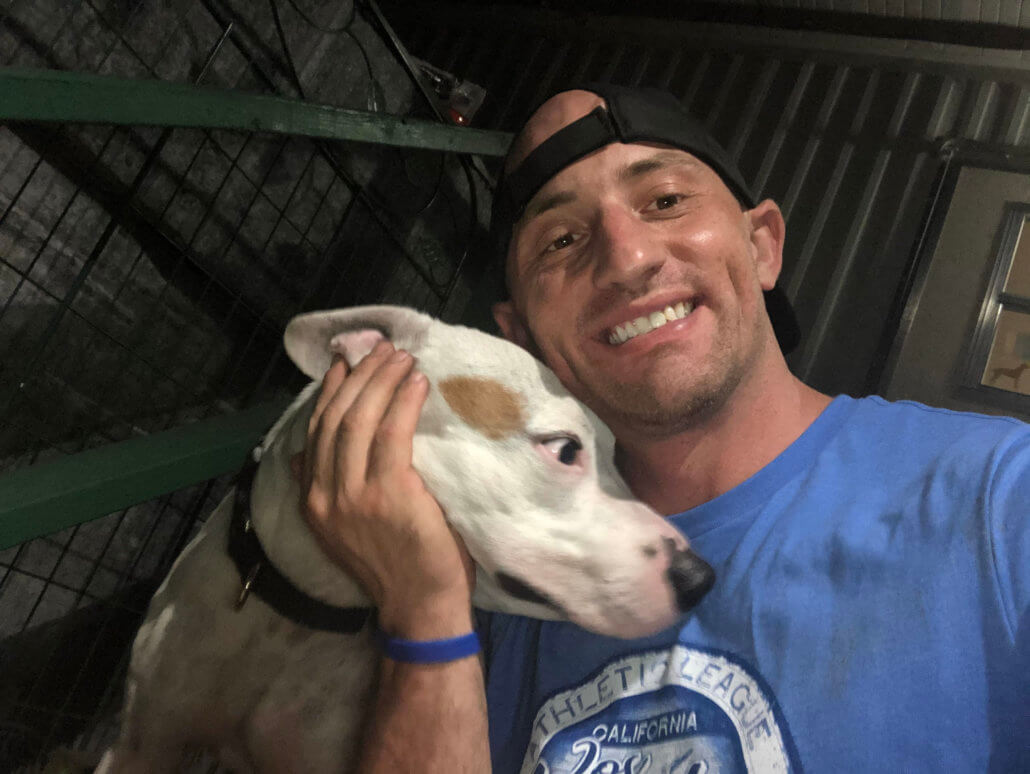