A dog, suffering under pounds of heavy mats, has a new lease on life thanks to a Jimmy Johns delivery driver who cared enough to take action. On Tuesday, the Illinois based rescue group, Reach Rescue Inc., posted photos of the dog and recounted how he was saved:

It all started with an order to Jimmy John’s…
Today we got an urgent call from Waukegan Animal Control; a dog had just been relinquished by its elderly owner with dementia. The owner’s family had ordered Jimmy John’s and the delivery driver spotted the dog’s condition. He decided to call it in to animal control.

After learning about the dog’s pitiful condition, the rescue group jumped into action. Reach Rescue described what they found after getting the dog: 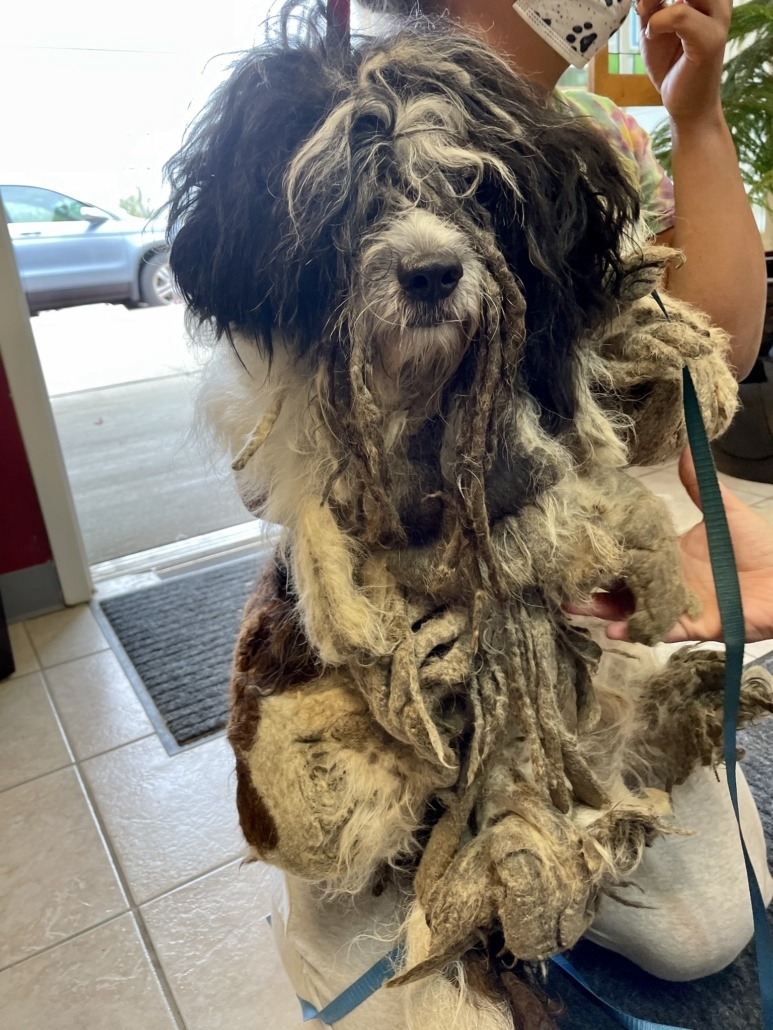 It was hard to tell exactly what he was. His entire body was covered in large, severe mats. It seems he’s been forced to sit in a crate often and his feces had collected in the mats on his rear end, day after day. He had pounds and pounds of dead weight attached to him.

The group commended the groomer who was able to cut away years of filthy mats:

After he spent some time at one of our amazing groomers, who answered our plea to see him on a whim, we know he will be feeling much better tonight. Thank you Aimee and Emily at the Grooming Lodge in Long Grove!! They say he probably hasn’t been groomed in the last 3 years. He was uncomfortable, in pain, and who knows what else.