In Aptos, California, the family dog had a “ruff” ride. A dog named Duke accidentally slipped the car’s gear into neutral and down the hill they rolled – crashing into a wall.

According to CbsNews, Duke had been left in his family’s 2001 Mercedes-Benz when his leash became tangled on the shift stick and pulled the car into neutral. And Duke held on as the car rolled down the street and hit a neighbor’s retaining wall and a few trash cans.

Duke could be seen in the photo looking as if he was sitting behind the steering wheel. Was he? 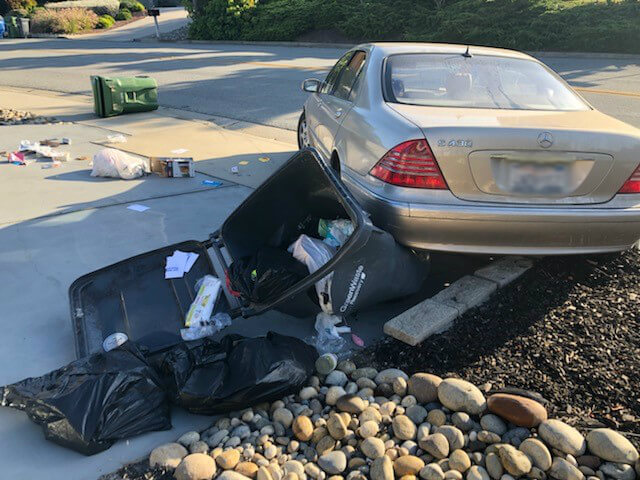 Neither human nor dog were harmed in the accident. As for the car …oops Duke! Do you think his folks gave him a treat?