In Ecorse, Michigan, a small dog who had been stranded for four days on the frozen Detroit River, was rescued on Saturday. The furry pooch renamed Miracle (aka Fonzi) miraculously survived the bitterly cold days and nights on the ice near John D. Dingell Park. 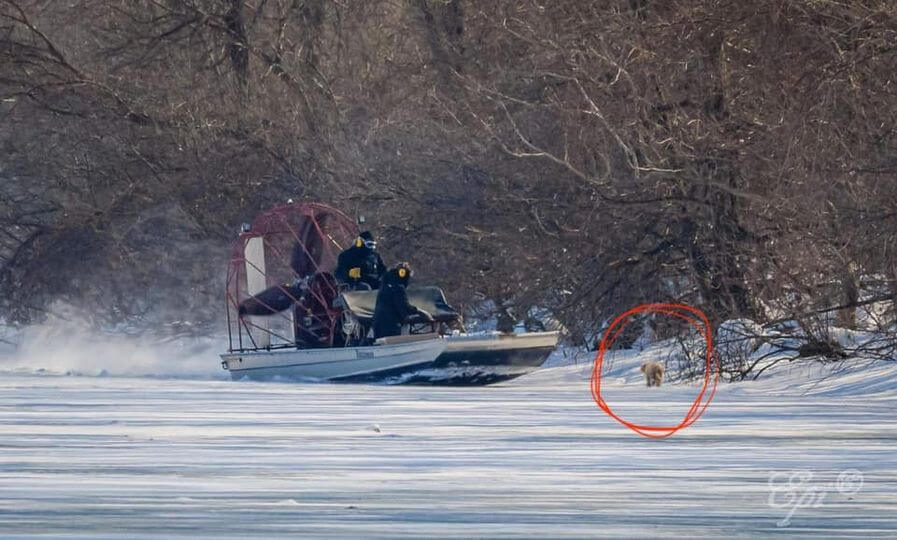 According to the Detroit Free Press, Miracle had been chased by  coyotes, and people watching were so scared the coyotes would be able to capture the one-year-old pup. After the temperatures had dropped to single digits, animal advocates were unable to find anyone who would use their boat in the dangerous conditions. And on Saturday afternoon, as the cries for help from crowds became louder and louder and the situation became more desperate, Canadian boat owner Jude Meade of J&J Marine in Windson, Ontario used an airboat to rescue the fluffy pooch. 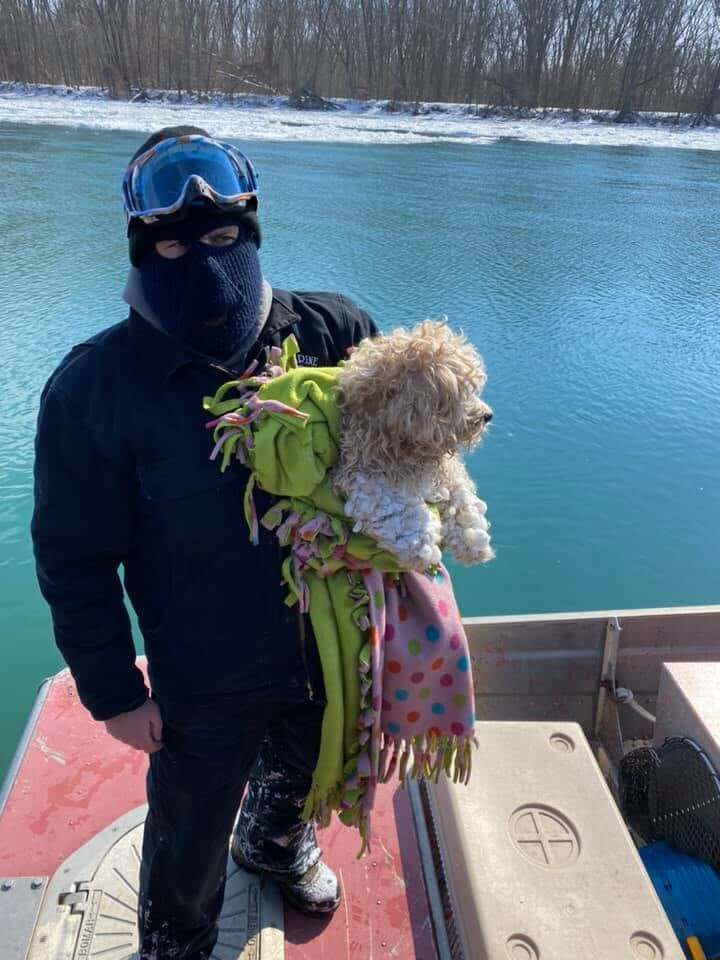 Had it not been for the photographs of the dog by professional photographer Tim Epperly and his talent and equipment able to keep track of the dog’s location, it may not have been a success story. And then there were the huge crowds who even brought a barbecue grill hoping the dog would be attracted to the smell of hot dogs and come closer. Indeed, it was all of the village coming together to help a small dog.

Miracle was rushed to the Woodhaven Animal Hospital where Dr. Lucretia Greear has been treating the pup, and since the time of his rescue, his owner’s identity has been unknown. Nevertheless, a flood of people calling the veterinary hospital have claimed ownership of the adorable pup, yet no one has produced any viable proof.

According to WxyzNews, a man from Detroit says the dog escaped from his cousin, and he wants the dog returned to him, however the man has no proof the dog is his – no vaccination records nor was the dog ever registered with a micro chip. One person, claiming to be Miracle’s owner called the animal hospital demanding  the return of their dog and stated they were coming to get him. There have been other claims, however no one has been verified as the dog’s legitimate owner. Meanwhile, adoption offers have been coming in from across the United States and beyond.
Check out his video (copy and paste the url into your browser to view)
https://www.facebook.com/WoodhavenAnimalHosp/videos/150959473516673 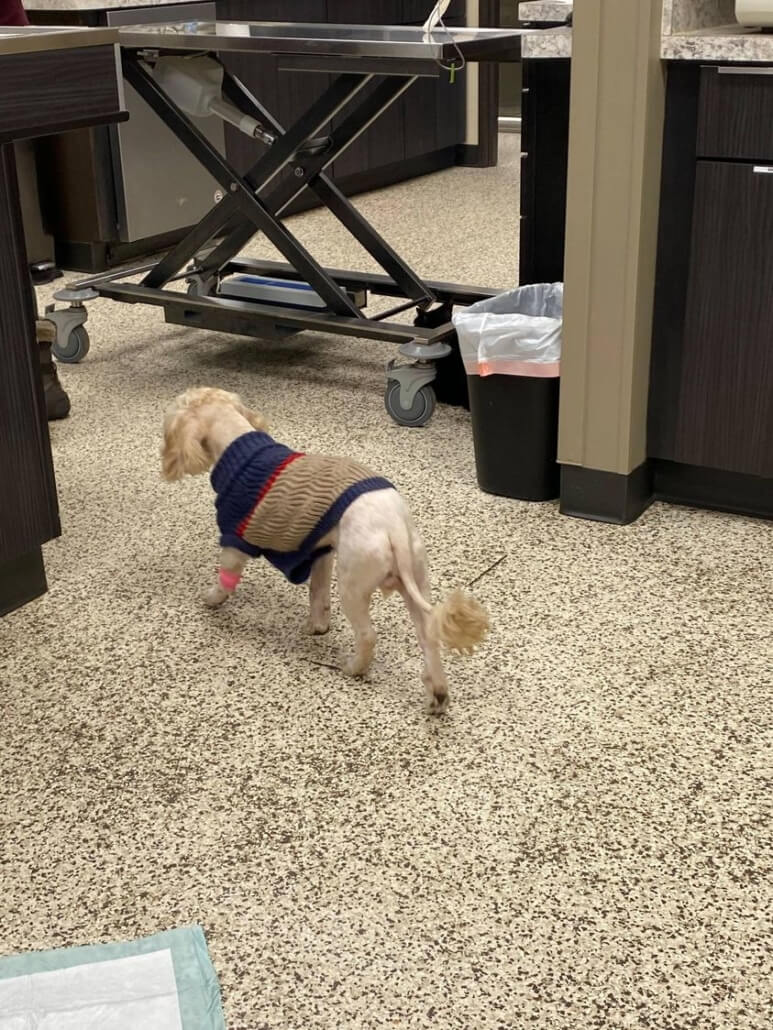 Miracle is not available for adoption at this time and is still undergoing treatment. His coat was so matted he had to be shaved, and he now wears a sweater to keep him warm. He has been receiving hyperbaric chamber therapy and continues to receive fluids intravenously.
Patricia Trevino, River Rouge Animal Shelter manager promises to make sure Miracle will be appropriately placed in a loving home when ready.
If only all stray pets could have a line at the door offering them homes. Why not adopt a pet from your nearest animal shelter in honor of Miracle’s rescue and all the kindness given to this little guy?
(Photos via Tim Epperly and Woodhaven Animal Hospital)
55
SHARES
ShareTweet