A nine-year-old pooch has been reunited with his owner after eight years when he was taken from his home during a home invasion in Barberton, Ohio.  The pit bull terrier mix named Junior and Julia Nemeth have happily been bonding again after their amazing reunion.

According to the Humane Society of Summit County (HSSC), Julia adopted Junior as a puppy and the two became inseparable; she even taught the puppy hand signals so as not to wake her young children.

In 2012, the family’s home was broken into, and Junior disappeared. Sadly, there were no signs of her dog anywhere, but Julia never stopped looking for him and checked shelter photos and lost and found pet groups in the area. 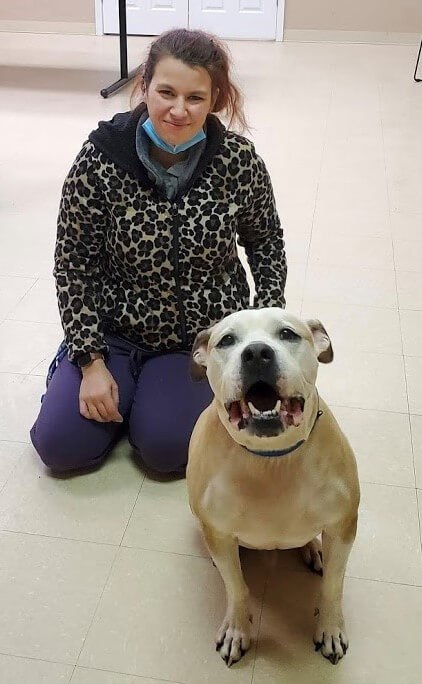 Six years later, unbeknownst to Julia, Junior had been surrendered to the Humane Society of Summit County. His name was Buddy and besides having tapeworms for which he was treated, Buddy was a healthy dog in need of a new home. Sadly, through the years, Buddy had been adopted and returned three times – he just seemed he couldn’t be lucky enough to find the right family.

“Junior was known as “Buddy” during his on-and-off, two and a half year stay at HSSC. He originally arrived at our shelter in July 2018 after being surrendered to Humane Officers. Buddy was a staff and volunteer favorite, known for loving chew toys, but was aloof with visitors. He was adopted three times over the years, but none the families were the right fit and he was returned. Shelter staff knew the right family was out there, but they didn’t know he already had a family that had never given up on him.”

And then fate stepped in – Julia had been checking online and spotted Junior’s photo on the HSSC website. After calling the shelter and describing her dog, the news was indeed confirmed. It was Junior! The next day, Julia and her family, including their four children went to meet their dog. 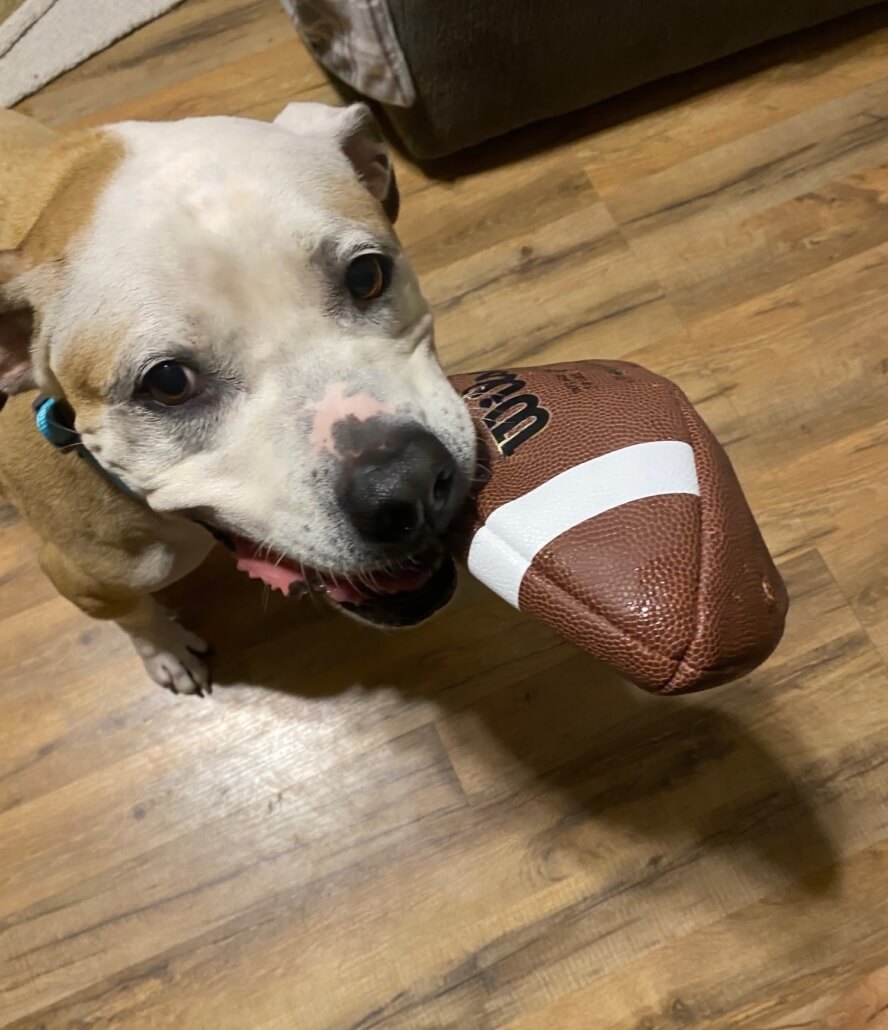 “During the initial meeting, Junior was a bit distracted but instantly connected with Julia, licking his long lost owner’s face as if there was a glimmer of a memory. She tried some of the hand signal commands she had taught Junior years ago and he obeyed them perfectly…”

That same afternoon, Junior went home with his family.

“I keep asking my husband to pinch me because I can’t believe this is real. I can’t believe Junior is home. He carried me through challenges of my life and to have him back means everything to me,” Julia stated.

Junior is adjusting very well and loves to be loved, loves to chew on toys, plays ball and gets along well with the children and the family’s other dog.

How’s that for a happy story this morning?