In San Francisco, California a dog stolen from outside of a grocery store in December has been found and will be reunited with his owner.

According to the web page Bring Jackson Home,  the five-year-old miniature Australian Shepherd, was stolen on December 14, 2019 outside of the Good Life grocery store in Bernal Heights. His owner, Emilier Talermo had offered a $7,000 reward for his safe return – no questions asked. 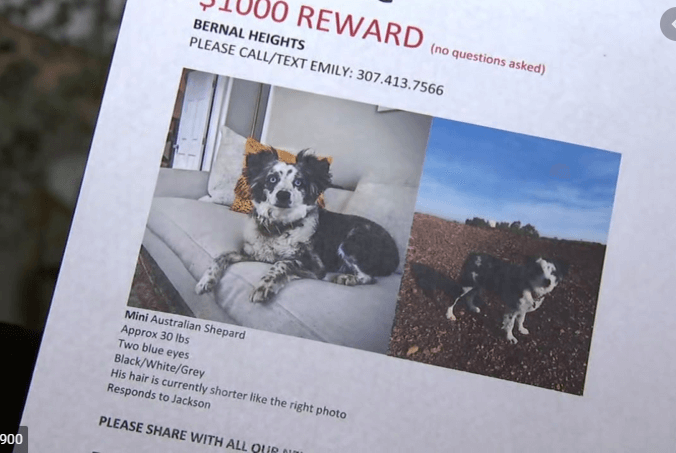 According to AbcNews, On Monday, Talermo  received a call that Jackson had been found. The shelter was able to identify the dog through his microchip when he was dropped off. The detective from the San Francisco Police Department who has been working on the case will be returning the dog today to his owner.