A disturbing discovery by a Good Samaritan on Tuesday fortunately resulted in the rescue of a little dog. The yellow mixed breed pooch had been tied up, stuffed in a sack and dumped into a trash receptacle. 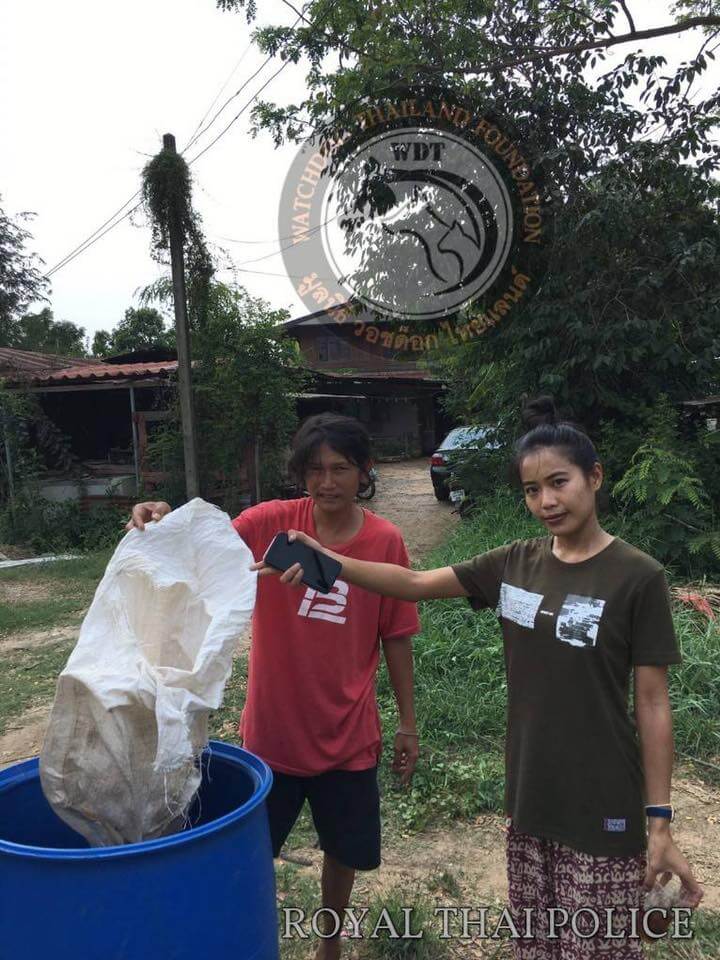 According to the Watchdog Thailand Foundation -Wdt, Pinkam Kenwises had heard a dog crying and with a few of the neighbors went to investigate. The helpless howls were coming from the trash receptacle, and as they moved away some of the trash, there he was – traumatized, terrified and tied up. All one could see was his head – his deep panting – a sign of overheating and distressed breathing. Apparently he was destined to be slaughtered and used for food. 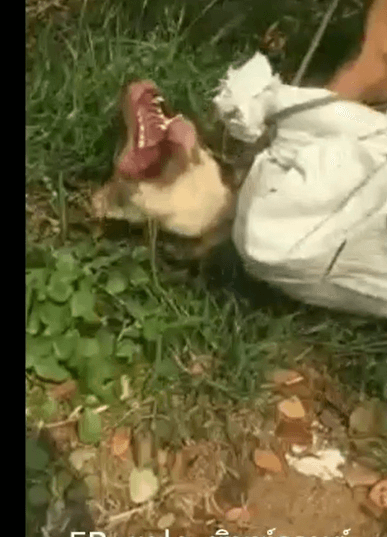 Quickly the kind people lifted the dog out of the trash and cut away the sack tied tightly with the rope binding him. At last when he was free, the terrified pup ran into the nearby woods. As much as they tried to get him to come out and drink water and eat some rice, he was too frightened.

The dog has not been found, however rescuers continue to search for him and will bring him to an animal hospital for treatment.

An investigation is underway. Follow this amazing foundation’s work here.