In Glastonbury, Connecticut, a dog trapped in a vehicle and submerged in the Connecticut River on Friday miraculously emerged alive 20 minutes later .

According to the Glastonbury Police Department, the vehicle accidentally rolled into the river early in the morning as the owner tried to launch a duck hunting boat. The Labrador retriever was trapped inside, and as the owner attempted to rescue the dog by breaking the window, the trapped dog became fully submerged.

Police and the Glastonbury Fire Department responded to the scene. About 20 minutes later, the dog emerged from the water; he was alive. The owner used his boat to get the dog out of the water and rushed him to Bolton Veterinary Hospital in a police car. 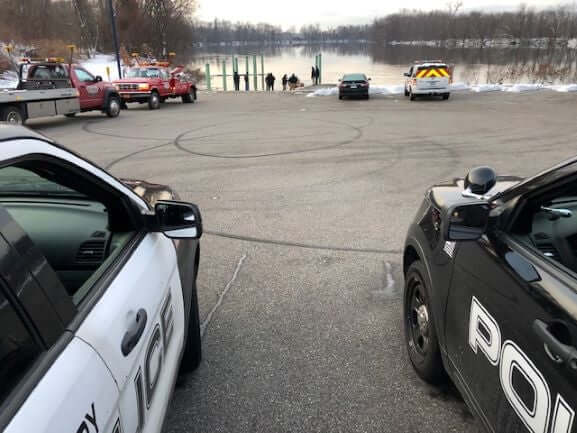 The dog was reported to have been very cold, but otherwise appeared to have survived his ordeal.

No one has been reported injured – including the dog. The vehicle was removed from the water.

Great job pup – we are glad you were able to survive!