An elderly dog, 11 years of age, found herself homeless after she was abandoned near a sewage plant. On Tuesday, Inland Valley Humane Society and SPCA posted photos of the dog, dubbed Eleanor, and explained what happened to her:

Eleanor was left tied to a fence near a sewage plant by individuals who quickly fled the scene.

This senior doggo deserves humans that won’t leave her behind just because of her slower pace or grey hairs around her eyes. 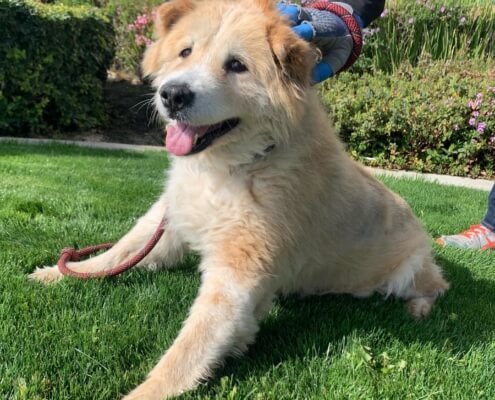 She has lots of life left in her and will follow you anywhere for a treat. She loves to sunbathe and explore, even though she might take some time to wobble over to the perfect spot.

What happened to Eleanor