An emaciated puppy, surrendered days ago to a Missouri animal shelter, has passed away. The gray and white pit bull puppy, dubbed Poppy, was turned in to the Waynesville Shelter on June 4 – the shelter wrote the initial Facebook post about the skeletal puppy from Poppy’s perspective:

This afternoon, someone who I thought was taking care of me the best way he could, called The Waynesville Animal Shelter to tell them he was done with me and that they needed to take me in or I would be forced to live outside on my own💔 He told them that I was throwing up and because of his newborn child, I guess he was tired of cleaning up messes from both of us so I needed to leave. I was obviously his dog, but he told them that he only had me “three days” and I was no longer going to be an issue to him.

I thought I was in a good home but once the baby got there, I never got to see anyone. I was pushed into a kennel for weeks, without food or water, and it was so hard to not go potty in my kennel. Eventually I learned that I was never going to be let outside and that I had to use the restroom one way or another😔 When the man brought me to the shelter, he carried me in a milk crate 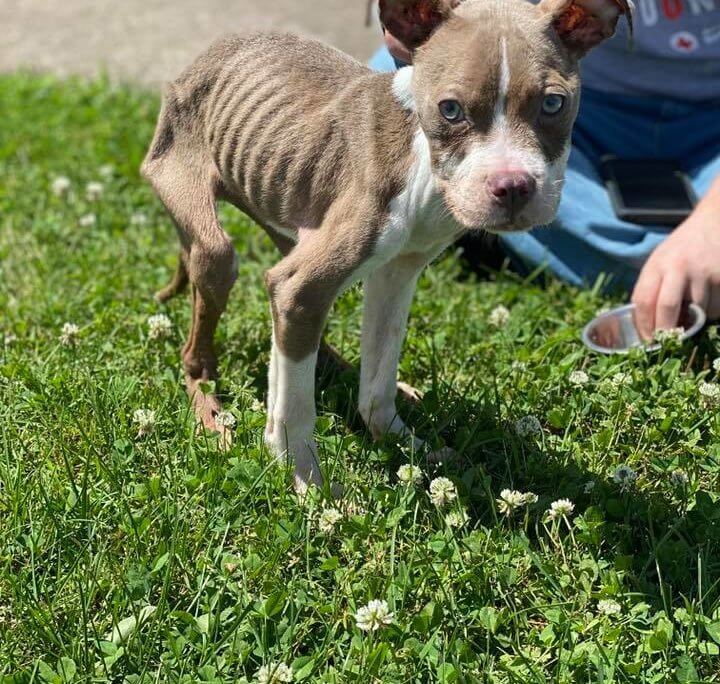 Poppy was immediately taken for veterinary care, but her body was in such poor condition that she could not be saved. A heartbreaking post informing Facebook followers of her passing was made on Monday:

It is with deep regret that the Staff at the Waynesville/St. Robert Animal Shelter announce that Poppy, the 6-month old puppy surrendered to the Shelter in extreme emaciated condition, has passed. Shelter staff would like you all to know how incredibly thankful and proud we are of the tremendous outpouring of support for Poppy. Even though most of her life was spent in horrible conditions, your generous efforts, prayers and caring words ensured she was loved and at peace during her final days

A necropsy will be performed to determine Poppy’s exact cause of death. The investigation into her condition, and her former owner’s involvement in her sorrowful state, is ongoing.