In Wuhan, China, a faithful dog waited on the Yangtze Bridge for four days after watching his owner commit suicide by jumping off the bridge into the river. The heartbreaking photos have touched the hearts of thousands after the loyal dog’s photos were posted online. 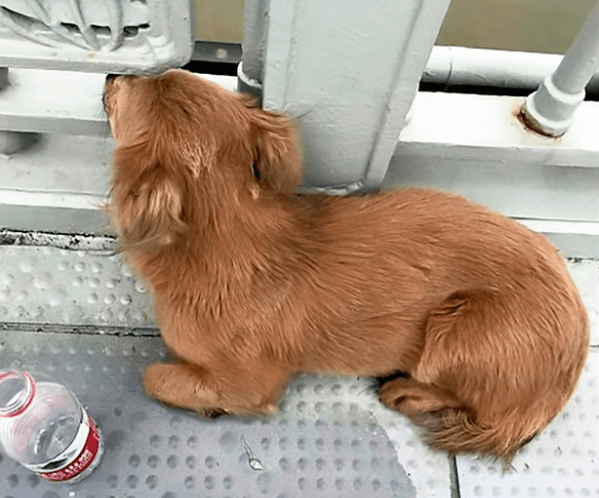 According to the translation from the Chutian Metropolis News, the photos of the dog waiting on the sidewalk of the bridge had been taken by a resident known as Xu. Mr. Xu wanted to take the dog home, and on Friday when he went to pick up the dog at the bridge, the pooch was too scared to approach the man and ran away.

When Du Fan, the director of the Wuhan Small Animal Protection Association, saw the man’s post that the dog had fled, he and volunteers started to look for the dog. 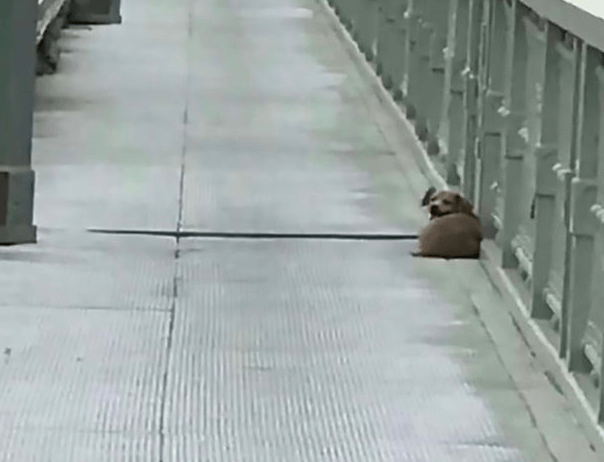 “The dog followed its owner to the Yangtze Bridge on the evening of May 30. We asked the bridge officers to check what exactly happened. It was really dark … we couldn’t see much on the surveillance footage… We saw the person jumped straight away.”

It is hoped volunteers are able to find the dog and get him into a new loving home. Dogs are just so loyal.

Recently, another dog waited for his owner at the Wuhan Taikang Hospital every day for more than three months hoping to be reunited with his human. Sadly, the dog’s elderly owner had succumbed from Covid-19 after only five days.

The little seven-year-old dog had no idea his owner would never return, but everyday he would show up at the hospital’s lobby searching for his human everywhere. Kind people who felt the pup’s emotional pain, fed him and made sure he was being cared for until a local animal shelter arrived to help.