A faithful dog escaped from a train and walked 125 miles through the Siberian forest to return home to the owner who rejected her. One-year-old Manora, nicknamed Maru, was on her way back to the kennel where she had been born, when she used her paws to “open a compartment door” on the train, pushed the conductor away and took off at the station near Achinks.

According to the  Siberian Times, six months after the woman had owned the friendly bull mastiff, she said her allergies were acting up and arranged to put the dog on the train from Krasnoyarsk to Novosibirsk, but Maru was already gone. Apparently Maru panicked and the noise of the train scared her.

The owner of the kennel organized a search party to help find the dog. And in a surprising discovery, two-and-a-half days later, an injured and very tired Maru was found at an industrial estate close to where her owner lived. The dog had followed the 125 miles of railway tracks. 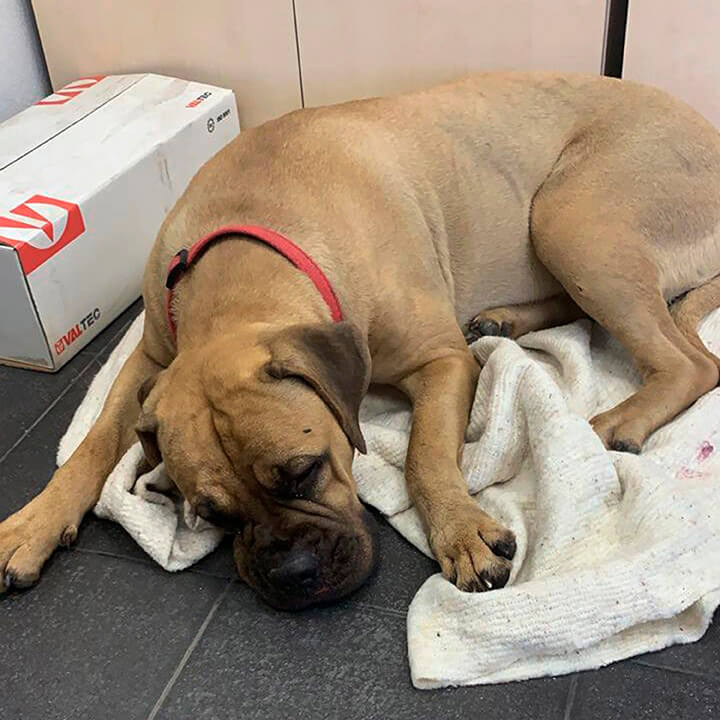 Alla Morozova, the owner of the kennel, was convinced Maru would have made it home if she had not been injured along the way.

“I’m sure she was looking for her house. She did not run to Novosibirsk, she wanted to go back to where she lived,” Alla stated.

The dog had broken paws and raw pads on her feet when found. She was exhausted, and her rescuer claimed she appeared to “be in tears” when discovered. She is currently being treated for her injuries and has been returned to the kennel  where she was born and reunited with her canine parents.

“I never give up my puppies and when a dog is bought, it is stipulated that the owners should inform if they do not need a dog anymore,” Alla stated.