A family in Greensboro, Vermont, believes that their senior husky, Cassidy, was fatally shot by an “unethical hunter” on Friday morning. As reported by NBC 5 News, the 11-year-old husky was let out in the morning and while she was roaming the area behind her own home, someone shot and killed her – likely from a vehicle on a nearby a road.

Cassidy’s owners, Alison McKnight and Steve Perkins, believe that someone thought their dog was a coyote – and though she was on posted land, which prohibits hunting, she was shot and killed. 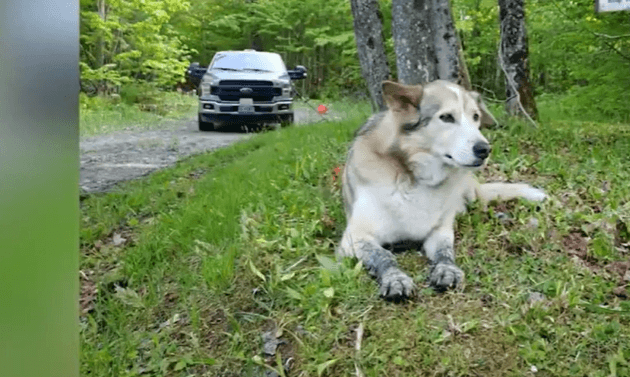 Cassidy’s owners think that the killing was a knee-jerk reaction that some hunters have to coyotes. They, and animal rights activists, want to see the killing come to an end. Brenna Galdenzi, an animal right activist at Protect Our Wildlife, told the news agency:

“The only way that we’re going to change things is through education. People are killing coyotes just because they hate them and that’s everything that’s wrong in the world.”

The situation is under investigation. Anyone with information is asked to call the Hardwick Police Department at 802-472-5475.