A family’s senior dog was fatally stabbed while enjoying a river outing in Reno, Nevada, and the search continues for his killer. As reported by KOLO 8 News, nine-year-old Dino was leashed while enjoying an afternoon at the Truckee River with his owner, Jennifer Vandermey, when an off-leash dog approached them and a dog fight ensued.

After the dogs were separated, a man pulled out a knife and repeatedly stabbed Dino – the injuries proved to be fatal. Dino had attempted to run towards home, but collapsed and died on the way. 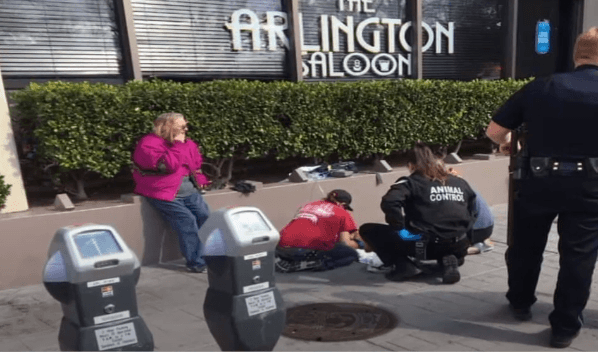 Dino’s owner is dismayed and heartbroken, telling the news agency:

“Everyone loved him. You could talk to anyone who knew him, he was loved.”

The man who fatally stabbed Dino is described as white with black hair – he was wearing a white shirt and a blue hat at the time of the stabbing.