A five-month-old puppy from Mission, Texas is on his way to a rescue organization in Illinois because people care. The homeless puppy had been living in the area and would accept food from random Good Samaritans and then wander away on his own.

One day, he came to one of his usual spots where he was left food, but this time was different. He had to drag his little body hoping to eat. It was originally thought little Benny had been hit by a car. Rescuers were able to rush him to an area veterinarian where x-rays revealed, this tiny pup had been shot in the spine. 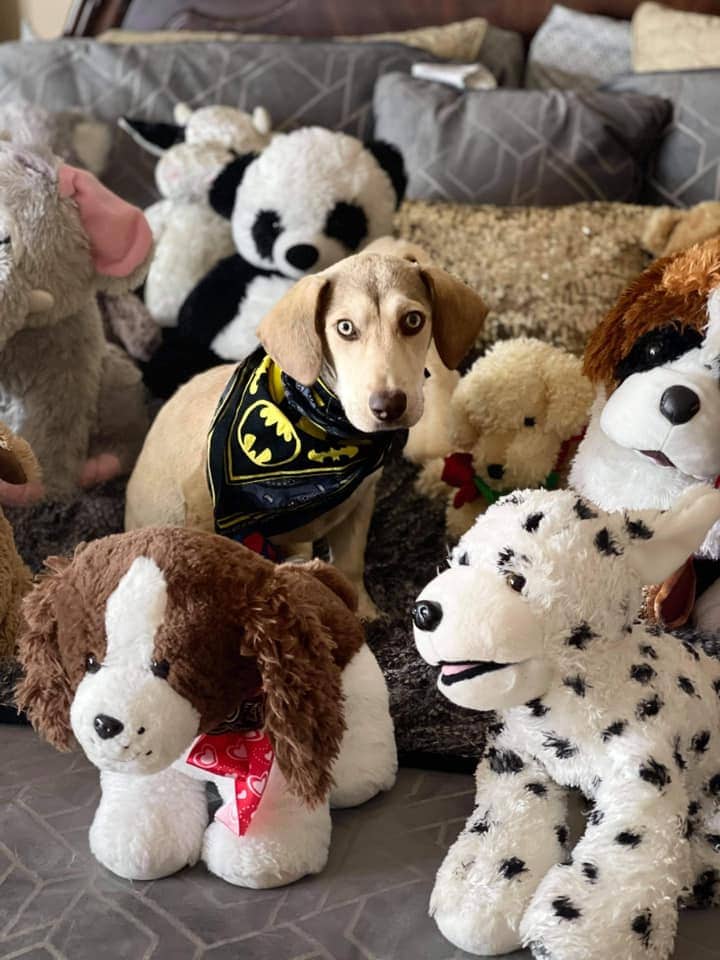 “A five month old hungry homeless puppy was shot in the spine by a worthless human being on purpose. We now must get him from McAllen to Houston so he can get out of Texas that has caused him so much harm and to continue his medical care.” 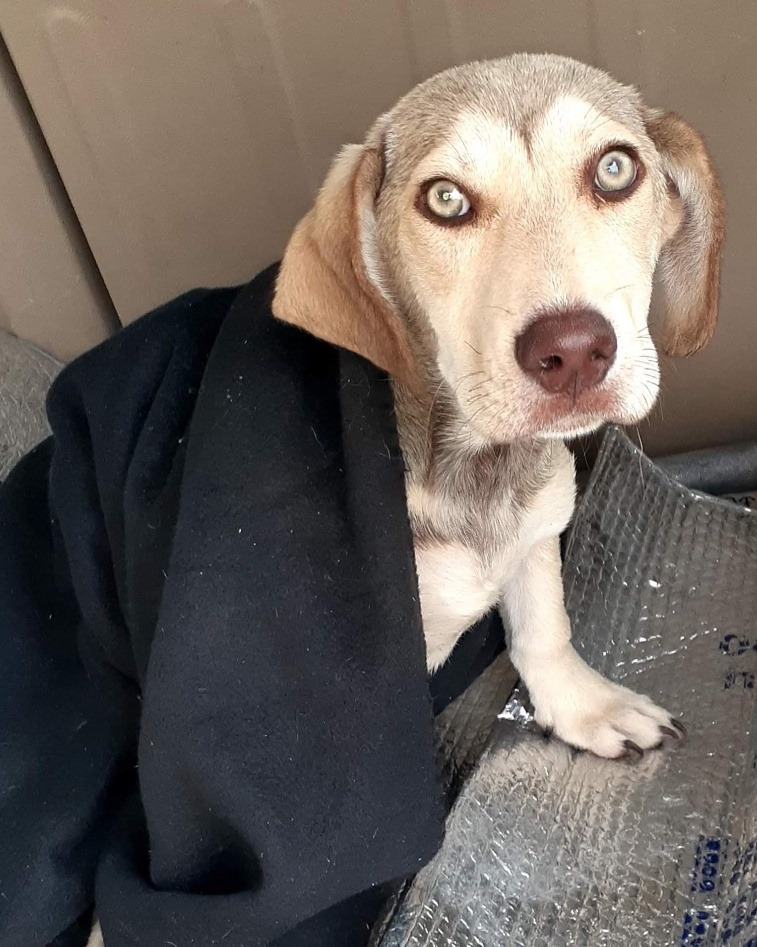 From Houston, Benny made his way to Perfect Pooches Adoption Agency.

“… He saw the vet today where we found out the cause of his condition was a gunshot wound to the spine. The good news is that he has feeling in his legs, and he has the ability to move his tail, so his prognosis is better than we thought. We are hoping with strict cage rest for several weeks followed by some rehab he will we able to regain some mobility. He is guessed to be only 5 months old and weighs 17 lbs.

That you for everyone’s support and donations. He has a long road ahead, but so much love and support already to help him along his journey. Benny’s story is apt to wind up with a happy ending, but how many of the stray dogs are not as fortunate to find help in their hours of need? Less than 35 miles away, is the Rio Grande Valley – a huge dumping area for the unwanted, the suffering and the newborn puppies who so often never survive because of predators, disease and hunger.
In a community attempt to help, Leslie Hennings will be heading down to the town of  Rio Grande on Saturday. Volunteers will be available to help provide such preventatives as parvo and distemper vaccines, Bravecto for fleas and ticks, dewormers and toltrazuril. Veterinarians and assistants are urged to join the efforts and help the innocent victims of poverty, neglect and abuse.  Estimated costs are approximately $10 per dog. And just as important, rescuers and volunteers will be urging pet owners to spay and neuter.

“… Each time before, I encountered unimaginable abuse that I could not picture “worse.” I’ve picked up breathing puppies with their organs hanging out of them. I’ve picked up dogs so weak that have laid on the same patch of dirt for days. I’ve picked up newborns nursing on their almost dead mothers. Puppies everywhere preparing themselves to inhabit the streets… We realize that we cannot rescue every single stray we will encounter, but we are wanting to prevent disease and make them as most comfortable as possible. BUT we need your help. We are needing to fundraise approximately $1250 to purchase vaccines and Bravecto minimum. It would cover 125 dogs approximately. We only have one day to fundraise to order.

If any rescue is able to take any sort of dog, please let Leslie know. They encounter all sizes, breeds, and ages- unfortunately. Any veterinarians in the area able to come out and help would be appreciated.
In addition, volunteers are also trying to set up kennels in Houston this weekend for stray puppies.

We have fundraised but limited it to the bigger costs such as kennels, decking. We are wanting to use igloos so the dogs can be more comfortable. Preferably large to fit mother dogs. They can also be ordered through tractor supply for zip 77488! We are wanting to do at least 5-6 kennels to prepare for the weekend. If anyone can help donate, please do. Pick up available in Houston, Dallas, San Antonio, Austin area.

Donate: https://paypal.me/DiandraP?locale.x=en_US
Please share – there are just so many unwanted dogs who have been dumped and deserve better.
39
SHARES
ShareTweet