A German shepherd managed to stay afloat for an incredible 11 hours after her owner’s boat sank in Moreton Bay, on the eastern coast of Australia. The Queensland Police Service recounted the incredible tale on February 19, writing:

What an incredible doggo! Heidi tread water for 11 hours after her human’s boat sank in Moreton Bay yesterday. She was spotted by a fisherman and police launched a full-scale search for the missing skipper, finding him clinging to their overturned vessel this morning.

According to a release from the authorities, Heidi’s 63-year-old owner said his boat began taking on water after losing power. The man survived by clinging to the hull of the boat for an amazing 15 hours before rescuers located him. 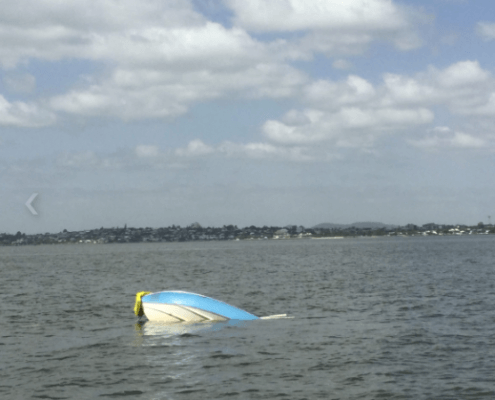 Amazingly, Heidi and her owner were not seriously injured in the terrifying ordeal. Aside from being exhausted, they made it through mostly unscathed. The police said, “Thankfully there was a happy ending to this search and Heidi was able to be our honorary PD for the day.”