A gorgeous smoke gray and white Great Pyrenees has been given a deadline of Sunday to be tagged by a licensed rescue. The one-year-old dog named Willow was surrendered to the Kansas shelter by her family after they discovered they were allergic to her. 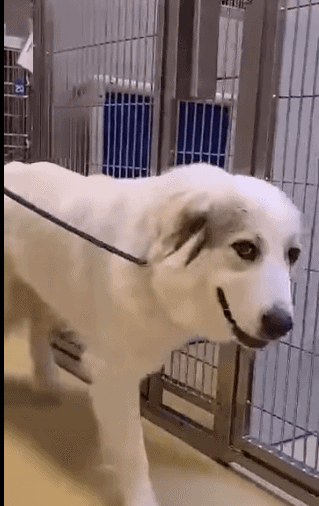 Willow was purchased from a breeder and weighs 72.5 pounds. Her first birthday was just last week, and this was her present.

According to her now previous owners, Willow is affectionate, shy with visitors, talkative, playful, curious and along with other adorable traits loves to cuddle. She previously lived with three cats, a large dog, pet rats and livestock on a farm, however Willow was an indoor pet. She also lived with teenagers. 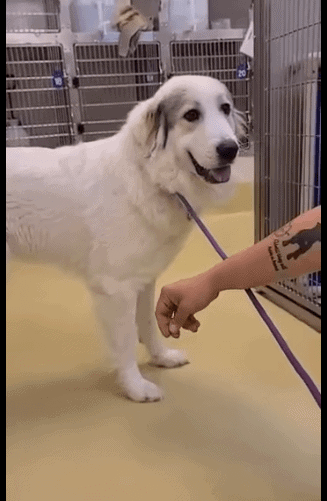 She loves car rides and receiving love. Willow is housetrained and had assumed the role as defender of the home and a mother to all of the other animals. She will need time to adjust to new people and places.

Sadly, Willow is not doing well at the shelter and barks with the addition of some low growling.

“During her evaluation, Willow’s owner had to assist in getting her weight and microchip information. The owner stated that ‘she brought her everywhere with her and would not bark or growl at people but owner never allowed anyone to touch her.”

RESCUES: Email the KHS rescue coordinator at rescue@kshumane.org or call 316-524-9196 and ask for the rescue coordinator
FOSTERS: Please apply online at www.beautiesandbeasts.org/foster or contact a rescue you are affiliated with.
SHARE! Someone somewhere might fall in love. Today is Willow’s last chance.
HURRY. Time is running out.
Check out her video:
59
SHARES
ShareTweet