An emaciated dog abandoned by his owner near a park in Erdington, United Kingdom died after having consumed  three corn on the cobs because he was so hungry. The adult Staffordshire bull terrier was found by a Good Samaritan two weeks ago during a fierce storm and rushed to the RSPCA for treatment and care.

According to Birmingham Live, the dog dubbed Dennis, after the name of the storm was taken to Newbrook Animal Hospital where x-rays revealed he had three corn on the cobs in his body causing an obstruction and contributing to his death. When Dennis arrived at the animal hospital, he was so weak he was unable to stand or walk.

“The poor dog was so thin you could see his bones and he was in a collapsed state when he was found,” stated Inspector Cara Gibbon of the RSPCA. “Sadly he died while we were trying to help him and the X-ray revealed he had swallowed three corn on the cobs which would have lead to his death as this caused a blockage.

I suspect he was so hungry – as it is clear he was not fed properly – in desperation he ate these which sadly killed him.” 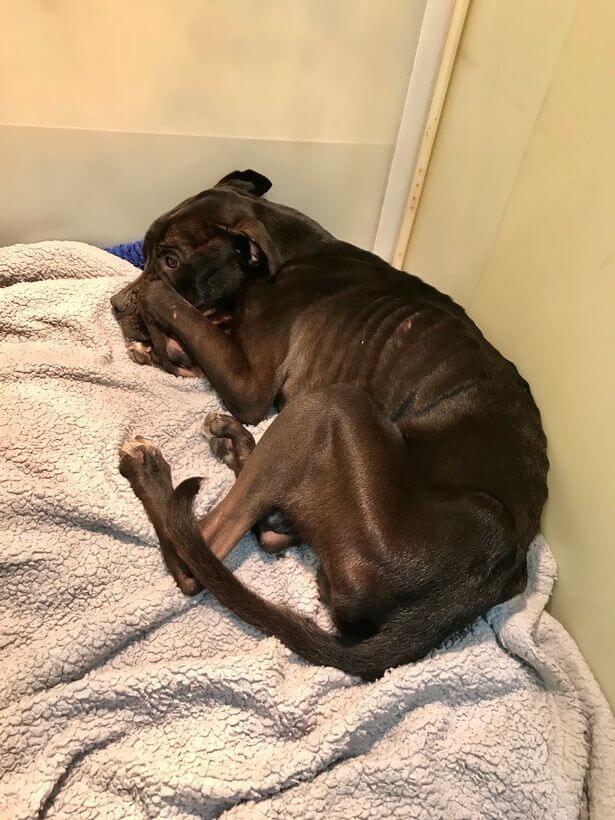 It is suspected his owner had known something was wrong with Dennis, and instead of taking him to a veterinarian for help, instead decided to abandon him. At the very least, Dennis was warm and shown love by caring people before he died. Nevertheless, the cruelty this poor dog suffered should never have occurred. Help to find the owner of this dog. Look at his picture – do you recognize him?

Anyone wanting to help the RSPCA continue rescuing, rehabilitating and rehoming animals in desperate need of care is urged to visit the charity’s website – https://www.rspca.org.uk – or call their donation line on 0300 123 8181.