On Sunday night, Rocky was rescued from the Dallas Fort Worth Animal Shelter. For nine-years Rocky had been a family’s dog, but on March 27, his owner surrendered him to the shelter because he said the dog had been “destructive” outdoors.

And here was a dog who was house trained, lived in the home with children, another small dog and a rabbit, but sadly, Rocky’s life had little value. 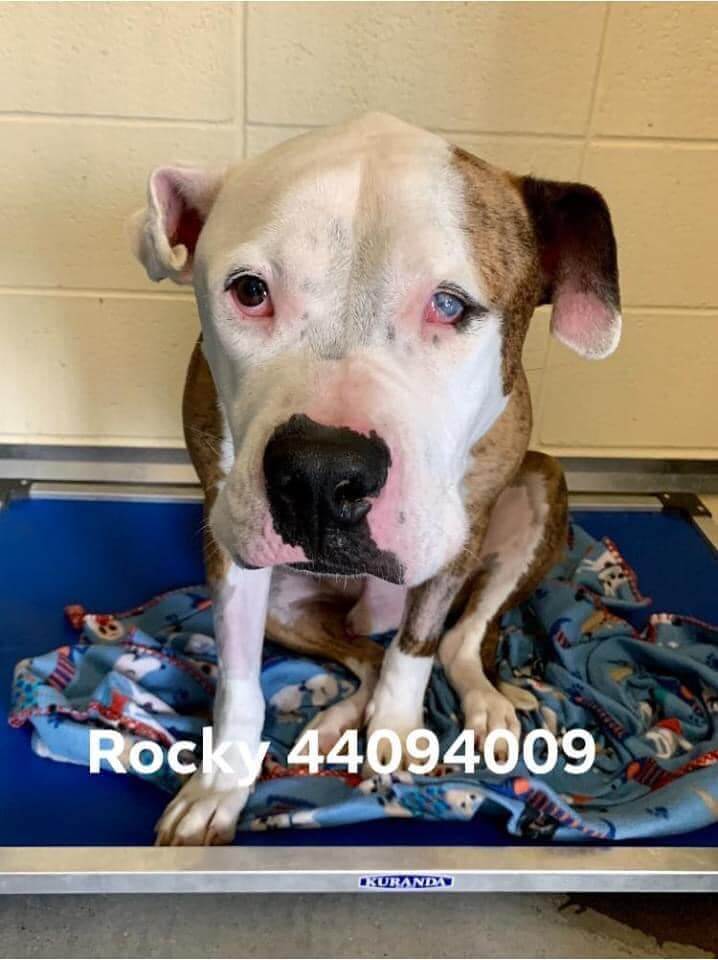 For two weeks Rocky languished in the shelter until he became very ill; so sick it was feared he was close to death with pneumonia and needed emergency treatment.

“The situation with Rocky was so dire that the manager of the shelter got out of bed last night and literally picked him up from the shelter and drove him,” Stacey Silverstein, co founder of Rescue Dogs Rock NYC wrote on the organization’s Facebook page accompanied by the dog’s heartbreaking photo, video and previous shelter report.

“Rocky is not eating and on IV fluids now 11:30 pm last night. He’s been rushed to the emergency room as we post.

Rocky really needs a hero! He’s so sad! I’m worried because he just sat there today… He has been on antibiotic injections and fluids but still not totally well.

I met him a couple of weeks ago too. He was an owner surrender [destructive outside] he was sad and I was trying to slowly befriend him…”

Within the last hours at the shelter, Rocky’s condition quickly deteriorated. Rescue Dogs Rock NYC stepped up to help. As of Monday afternoon, Rocky remained on oxygen therapy helping him to breathe. Radio-graphs reveal his lungs are severely damaged, filled with fluid; he has been diagnosed with a severe case of pneumonia.

“The cost of oxygen is $1400 for six hour slots, so you can imagine the cost we will incur if Rocky doesn’t turn the corner,” Stacey posted on Facebook. “We will do everything we possibly can to save Rocky’s life – no matter what…”

Get well Rocky. Everyone is sending you their love and support.