A German shepherd is being hailed a hero after alerting his owner to a man struggling in the water at Quarter Mile Pond, in Stoneham, Massachusetts. According to the Stoneham Fire Department, Thomas Walsh was walking his German shepherd, Diesel, near the pond on Wednesday afternoon when the dog alerted him to someone calling for help from the icy water.

A a 22-year-old Malden man had attempted to ride his bike across the ice-covered pond, but he fell into the water instead. 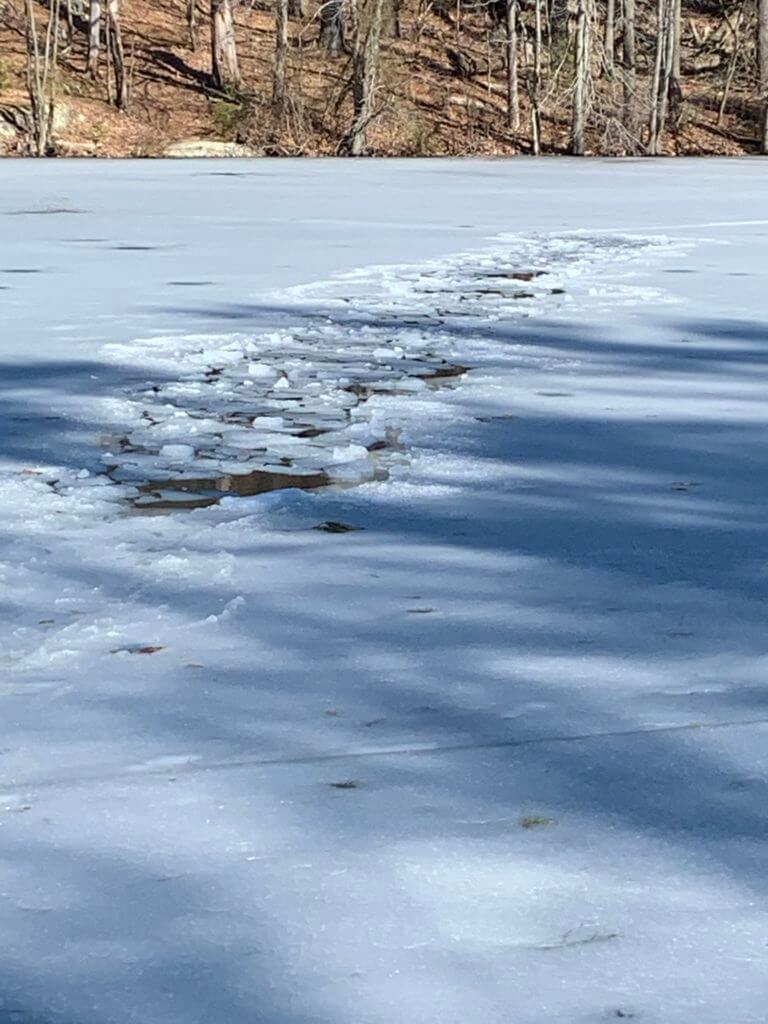 According to a release from the fire department, Walsh was able to coax the frightened man to crawl on the ice toward shore, and then he and another passerby were able to pull him to safety by using a stick.

“It was rewarding,” Walsh said. “It’s just good to know that you can help someone in need.”

“We are grateful for this outcome and for Diesel alerting his owner that something was wrong. The two men who helped the patient get to shore did the right thing by calling 911 immediately and using a branch to help pull him in rather than trying to get in the water themselves. These actions helped to save a man’s life this afternoon and are nothing short of heroic.”

The young man was transported to a hospital for treatment of non-life-threatening injuries.