When a photo of a homeless boy hugging his dog appeared on social media Friday afternoon, it didn’t take long before it went viral. The unidentified boy from Manilla, Philippines and his dog slept on the sidewalk as pedestrians walked by. 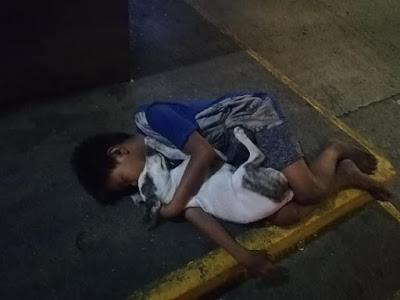 The photos were posted on Facebook by Jem Villomo; no one seems to know the identity of the child, where he lives or if he actually has a home. Only the little boy’s love for his dog and the dog’s loyalty to the child are apparent. No matter what, the two seem to be at peace with each other.

According to MMV Digital, the Internet quickly expressed their displeasure at the kid’s parents who may have allowed the child to either sleep in the streets or not care. Other online comments stated they feared the child might be an orphan. 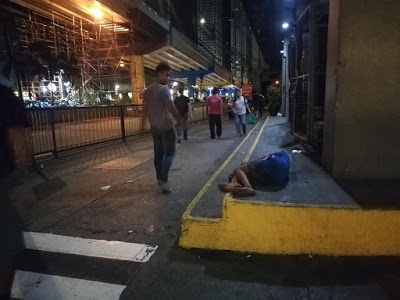 Most people are hoping the child gets help. Some suggested family services should be looking and caring for him; one person even offered to welcome the two into her home. It is not known if Villomo helped the child, gave him money or procured a safe place for the two. The Department of Social Welfare and Development is the agency qualified to care for the child in the Philippines.