At the Stark County Humane Society in Louisville, Kentucky, a severely overweight puggle, who weighed nearly twice her healthy body weight, became an Instagram star and found a new home. Vet tech Meredith Wille has been a canine fitness trainer, and when she saw Bertha’s photo, she knew she just had to help. 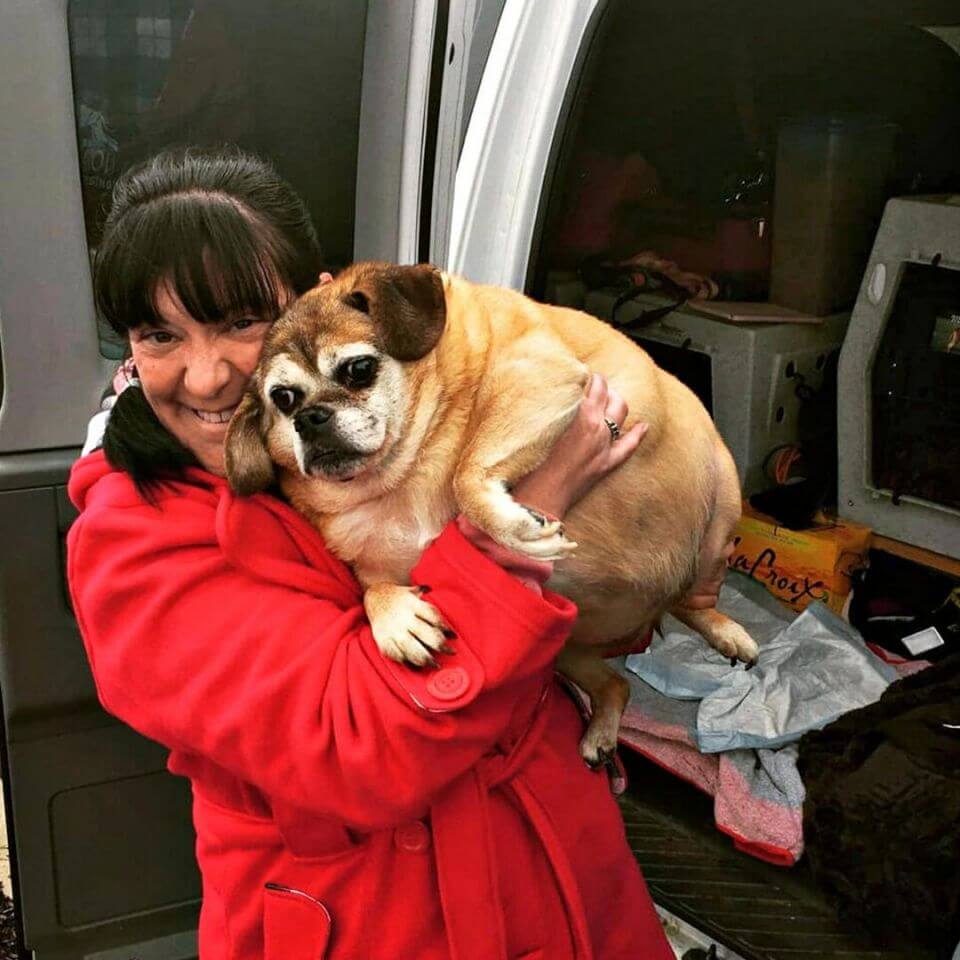 Bertha weighed 60 pounds, and the obese puggle, (pug and beagle) reminded Wille of Jabba the Hutt from Star Wars. She reached out to the shelter and offered to pay for Bertha’s rehab, and shortly thereafter Bertha had become part of the Pittsburgh woman’s family along with five other dogs. 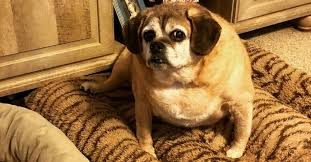 Poor Bertha – she was so fat just taking a few steps tired her out, but rehab began immediately. Of course, the first step was to put the dog on a high protein and low fat diet. Then came some brief underwater treadmill exercises – at first not lasting for more than 15 seconds.

And with the weight loss and the consistent exercise came the stamina and of course the better appearance. Adding some weight training and steps added to Betha’s strength and health.

Because the added weight had put strain on the tendons on her rear ankles, surgery was indicated, but after that Bertha’s activity level and enthusiasm took a giant step. 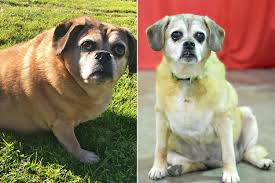 Have you guessed yet who adopted Bertha? If you think it has been Meredith, you’re 100% correct. Bertha has become an emotional support dog for other overweight pups at the Steel City Canine Rehabilitation and Sports Medicine in Pittsburgh.

Check out Bertha’s video: (copy and paste the url into your browser)

Live long and be happy Bertha.