A Boone County Sheriff’s Office K-9 officer was killed early Sunday morning after the vehicle he had been sitting in was struck by a drunk driver. According to a press release, the dog named Loki had been in the police SUV when Deputy Robert Rosenkranz initiated a traffic stop on Interstate 90.

“On December 27th, 2020, at approximately 1:30 am, Boone County Deputy Robert Rosenkranz and K9 Loki were conducting a traffic stop on Interstate 90 near Irene road, when a suspected drunk driver struck the rear of Deputy Rosenkranz’s squad. Thankfully, Deputy Rosenkranz was out of the vehicle and only received minor injuries from flying debris. K9 Loki however was in the vehicle at the time of the accident and was transported to Emergency Vet Clinic in Rockford where K9 Loki later passed.” 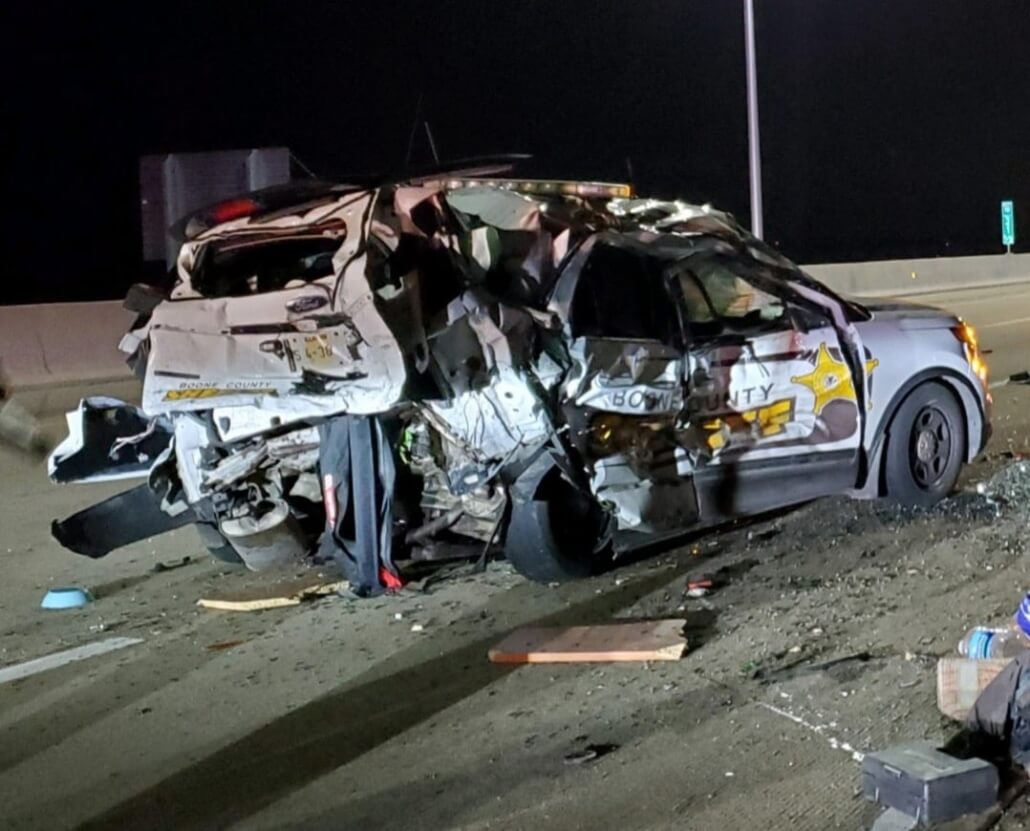 “The deputy was outside of his fully marked squad car (Unit 2), with emergency lights activated, when it was struck from behind by Unit 1. The impact forced Unit 2 forward, striking the rear of the vehicle (Unit 3) the Deputy had pulled over. Both drivers of Unit 1 and Unit 3 were transported by ambulance to an area hospital with non-life threatening injuries.”

At the time of the crash, K-9 Loki was secured in the kennel of the squad car.

An investigation is underway by the Illinois State Police; District 15 is investigating the accident. The members of the Boone County Sheriff’s Office offer our deepest condolences to the Rosenkranz family. We ask that you keep the Rosenkranz family and our law enforcement family in your thoughts and prayers during this difficult time.
Additional information will be released at a later time.

The driver of Unit 1 was cited for Driving Under the Influence, Failure to Yield Upon Approaching a Stationary Authorized Emergency Vehicle (Scotts Law), Improper Lane Usage, Driving on the Shoulder, Failure to Reduce Speed to Avoid an Accident and Operating an Uninsured Motor Vehicle.
Rest in peace hero K9 Loki.
59
SHARES
ShareTweet