He’s dubbed the “Lion King of Instagram,” yet Dean Schneider is now under an animal cruelty investigation in South Africa after he posted a video of himself allegedly punching a lion club after the animal scratched him on the shoulder.

Dean Schneider, 27, left his job in Switzerland to care for a pride of lions at the Hakuna Mipaka Oasis Reserve. He shares his photos and videos with more than seven million Instagram viewers as he cares for the wild animals on a 1,000 acre park. He describes the sanctuary as a place built for animals; no tourists are allowed nor is any breeding or trading animals permitted. 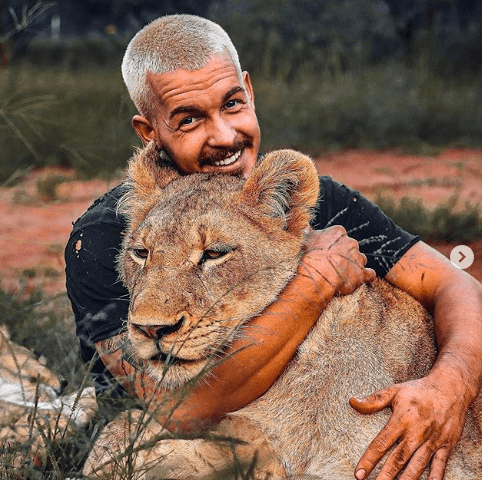 The South Africa National Society for the Prevention of Cruelty to Animals, however finds Schneider’s “lack of transparency” troubling. Schneider had no previous experience with wild animals. According to the Daily Mail, Schneider stated he was not an authority figure in the eyes of the wild animals.

“It is hundred percent natural. They look at me like a brother, like a part of their family. They don’t look at me like a teacher or a boss. There is no chance I could tell Dexter or one of my animals to walk there or to sit down or to do this and that. They will look at me and think like what is this guy talking about?…”

Schneider’s spokesperson defended his action for punching the cub, stating he needed to set boundaries, but would never use any unnecessary force, although admitting it is normal to get “hurt by a lion.”

Check out the video. What do you think? Is this animal cruelty or is Schneider just setting boundaries?