A little boy left his puppy outside of a shelter in the Mexican state of Michoacan late last week with a note and the puppy’s favorite toy. He wanted to make sure his puppy was safe and his father would not be able to abuse it.

My name is Andrés and I am 12 years old. My mom and I decided to leave my dog in your hands, hiding it from my dad because he is thinking about selling him. But he mistreats and kicks him. One day he kicked him so hard that he hurt his tail. I hope you can help and take care of him,” he wrote in the letter.

“I left him a stuffed animal so he won’t forget me.”

The shelter, Refugio Xollin  found the adorable puppy. And on their Facebook page posted the following:

“Someone left this dog at the door of the shelter, inside a box, with a plush toy and a note. The note was written by a kid and he explained his dad was always beating the dog and was planning to sell him, So, in such a state of despair, he left the dog here to save him.”

The puppy named Rene has had hundreds of requests to adopt him already, however the shelter will wait until the puppy is well enough to be rehomed.

The shelter has been taking great care of Rene and reassured Andres his puppy will be fine.

“Andrés, to you that you left this little guy at the door of Xollin I tell you that you can be quiet, because in command of Rous Segura and Rescate Xollin the big head will arrive at the best home, that’s what we We are waiting for you soon one day at the shelter to chat with you, you did an act of pure love, because you put the well-being of another being alive before any feeling of attachment or dependence, Bravo Andrés!!! With you the future of our world is…” [translation] 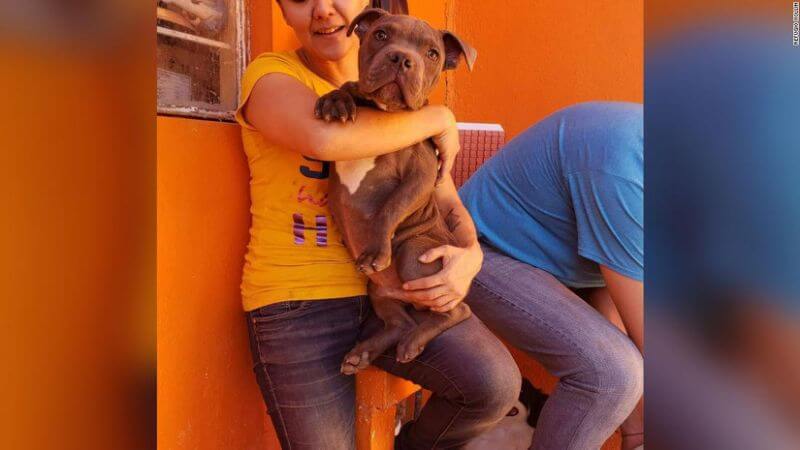 The shelter does have more than a 100 dogs who need loving homes just like Rene. Check them out and adopt your new best friend.