In Houston, Texas, a family’s loyal dog tried to protect his family during a home invasion on Friday night. The dog came to the rescue, but was shot twice by the one of the four armed intruders who broke into the home on Sagewick Drive.

According to KhouNews, the home invaders held the father at gunpoint while the others ransacked the home. The mother and three children were told to stay in their bedrooms, but the 17-year-old was able to escape through a window and call police. The intruders fled the home as soon as they realized the teen had escaped dropping the father’s wallet and his cellphone.

The dog was rushed to a nearby veterinarian hospital where she is expected to make a full recovery. She returned home with a cast on her paw. 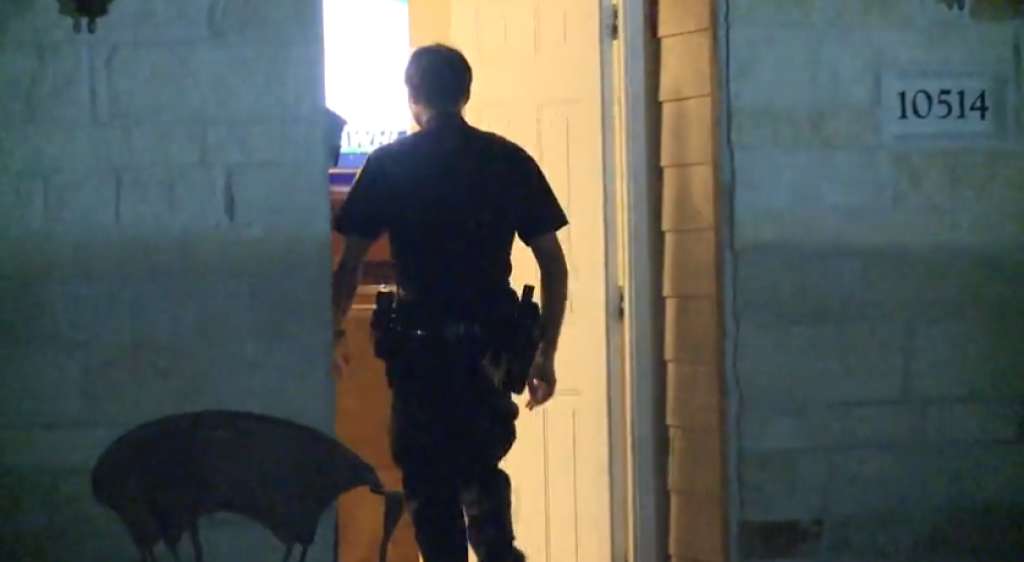 An investigation is ongoing. Police do not have much of a description of the suspects at this time since they were all masked.

Many thanks to a brave pooch.