At Cleveland County Animal Services on Friday, a dog was reunited with his family after seven years proving once again – microchips really do work.

The King Charles spaniel named Comet, ran up to his humans happily wagging his tail and quickly rolling over for a tummy rub.

“Missing for almost SEVEN YEARS, Comet was reunited with his family yesterday thanks to a microchip. The joyful reunion took place yesterday at Cleveland County Animal Services and as you can see it was emotional. Tyler Nick said that the call to the family to let them know that Comet had been found was the best phone call he had made in his four years with CCAS. We love stories with happy endings.” 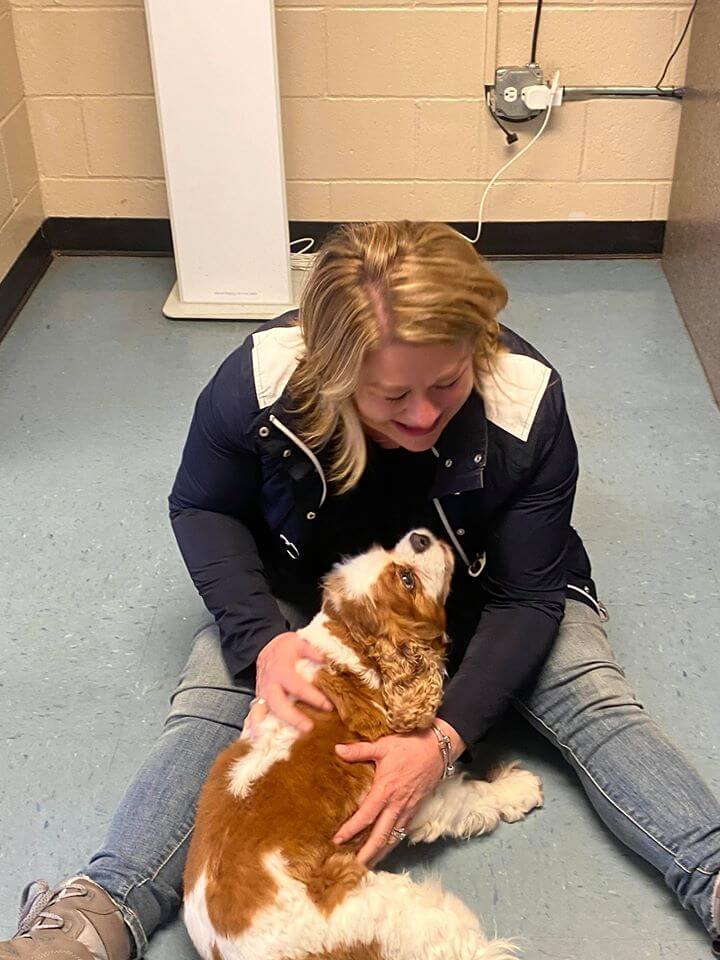 Update on Comet from Lees-McRae College where his human sister Jessica is in school. Lees-McRae is a pet-friendly college and allows students to bring their pets to school with them and live in their dorms with them. (HOW AMAZING IS THAT?)