An abandoned bulldog rescued by the North Central Fire Protection District Station 58 in Fresno, California last April has been adopted by singer and actress Miley Cyrus. 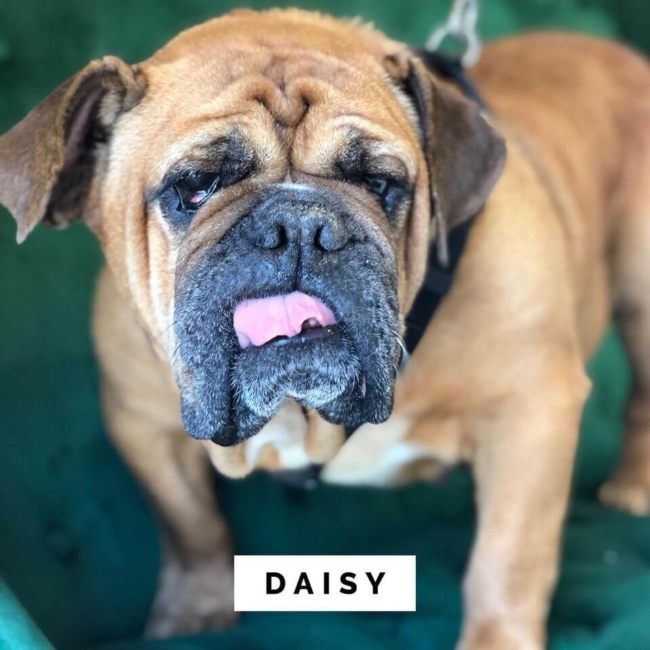 According to the report, the dog showed up at the doorstep of the fire department extremely emaciated and dehydrated. The crew stated she was full of fleas, and they could tell she had been wandering the streets scavenging for food and trying to survive for quite awhile.

This was the first time any stray dog had ever appeared at the fire department, and she apparently had no intentions of leaving. For a week she slept at the door and greeted the firefighters as they left on calls. It wasn’t long before the firefighters decided to help her find a home. They named her Daisy.

When a relative of one of the crew offered to foster her, the dog’s new life began to  take shape. She was sent to the Wagmor Hotel and Pet Spa in Los Angeles for adoption. The poor girl suffered from skin, eyes and hip issues, but she was slowly nursed back to health. Sadly, she wasn’t getting much attention when put up for adoption – no one wanted her.

“How is this girl still here!? Daisy is still up for adoption! She’s a 65lb English Bulldog, about 6yrs old and looking for her forever home! She came to us in pretty bad shape, was overbred, has a bad skin allergy and is in need of some serious TLC. Come meet this sweet girl and take her home!,” the rescue organization posted on their Facebook page at the end of July.

And then … one day Miley Cyrus, who had adopted dogs from the agency before, texted and said:

So along with her recently newly adopted puppy, Miley fell in love. Daisy has since been to specialists who are working on her health issues – her diet has changed as well as her medications.

Since then Daisy’s name has been changed – meet Kate Moss. 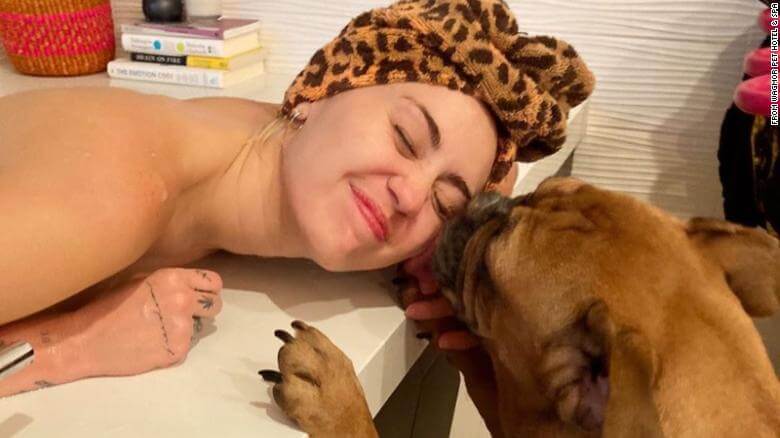 From rags to riches – what a dog’s life! Live long and well Kate Moss.