A minivan was intercepted leaving Siem Reap, the first Cambodian province to ban the sale and consumption of dog meat last year, on Sunday packed with 61 dogs jammed into cages on its way to a slaughterhouse in Kampong Cham, Cambodia.

According to Four Paws International, the vehicle was stopped by officers from the Provincial Department of Agriculture in collaboration with the Provincial Commissioner of Police. This is the first time there has been government intervention to stop the slaughter of dogs for human consumption since the legislation passed in July 2020. The driver of the van was arrested. 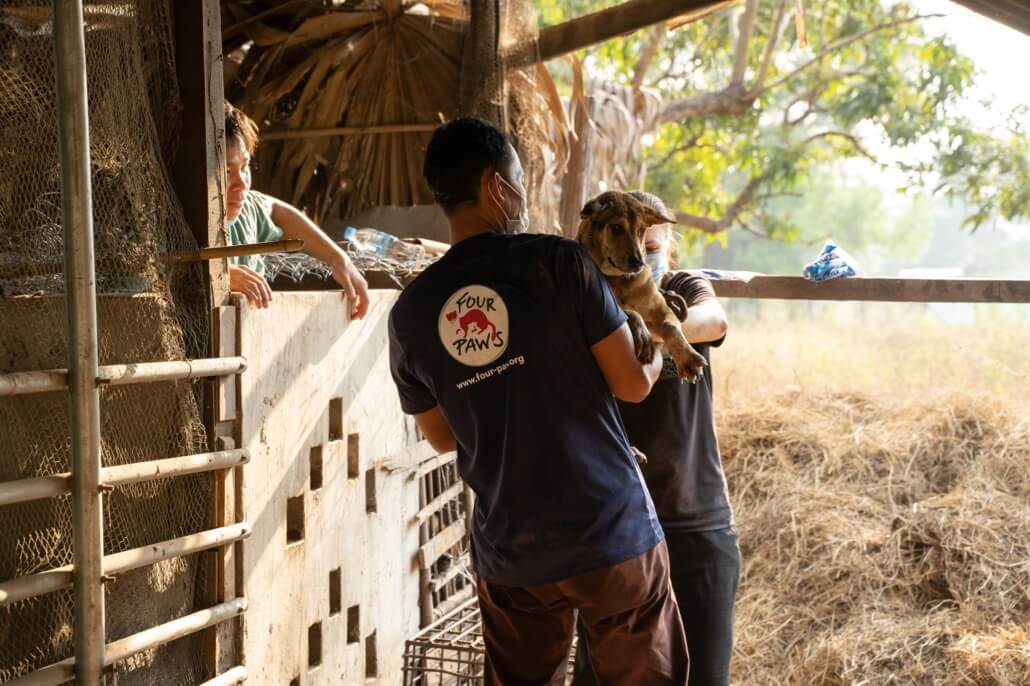 “The dogs are currently being quarantined at an animal health production research station in Siem Reap. On Sunday, we sent a small team to assess the dogs and arrange for the delivery of food and medical supplies together with Paw Patrol Cambodia and Animal Rescue Cambodia.

In the coming days, we will arrange a veterinary team to vaccinate all of them,” the team posted on their social media page.

It is not known how long the dogs had been caged and deprived of food and water. Some of the dogs are not doing well and have shown signs of severe dehydration and exhaustion. Many were strays as well as stolen dogs from families; some still wearing collars.

One of the most serious cases is a young pup named Julie: 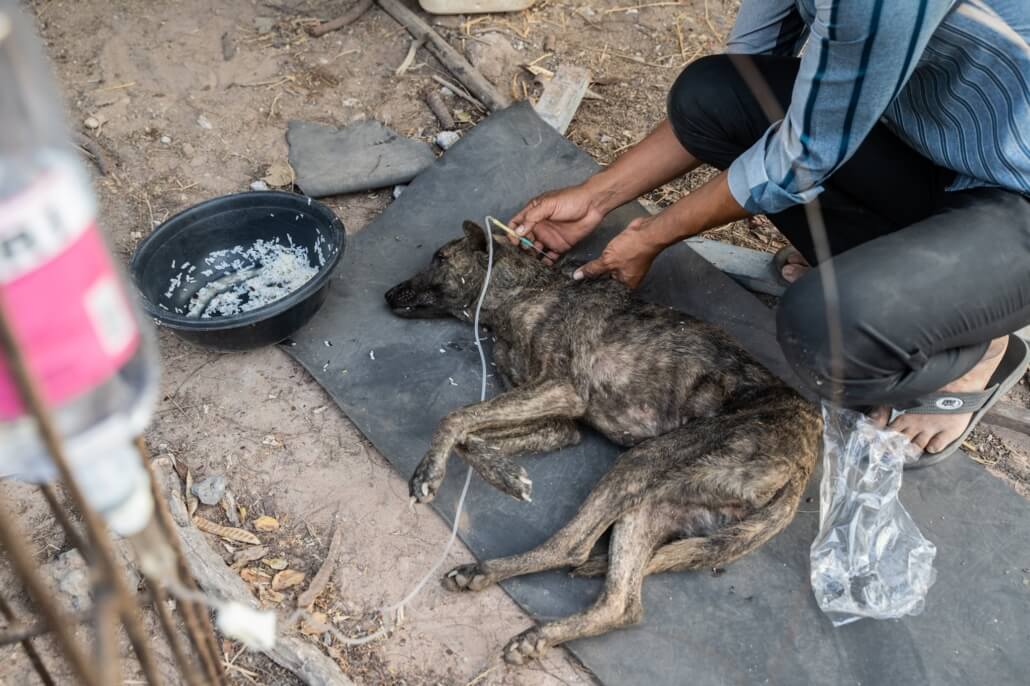 Our biggest worry was dog Julie who you can see in the pictures and who was barely hanging on for life when she was rescued. She was trembling so severely in her front legs that she couldn’t stand up. Our friends from Animal Rescue Cambodia are doing everything in their power to get her up on her feet again. She was given some yummy wet food which she happily lapped up, and was started on antibiotic therapy in case of severe tick-borne disease or meningitis. The local vet yesterday thought that she might have a spinal fracture, but we need to get her to a clinic  with an x-ray machine and bloodwork capabilities to tell for sure. After the initial treatment, she was much stronger and ready to be transported to the capitol Phnom Penh together with five other dogs. Dogs like Julie are what gives us the strength  to continue fighting for all the dogs that fall victim to this horrible trade.”

Siam Reap banned the dog meat trade – please sign our petition so more regions do the same and #ProtectMillions http://bit.ly/fb-dcmt