It is always a scary experience finding out that your dog has gone missing.

Kirstin Kapp was distraught when her dog, Liddie, disappeared from home.

She searched for her but she didn’t have any luck, and she was left to agonize for three weeks. All she wanted was to have Liddie back. 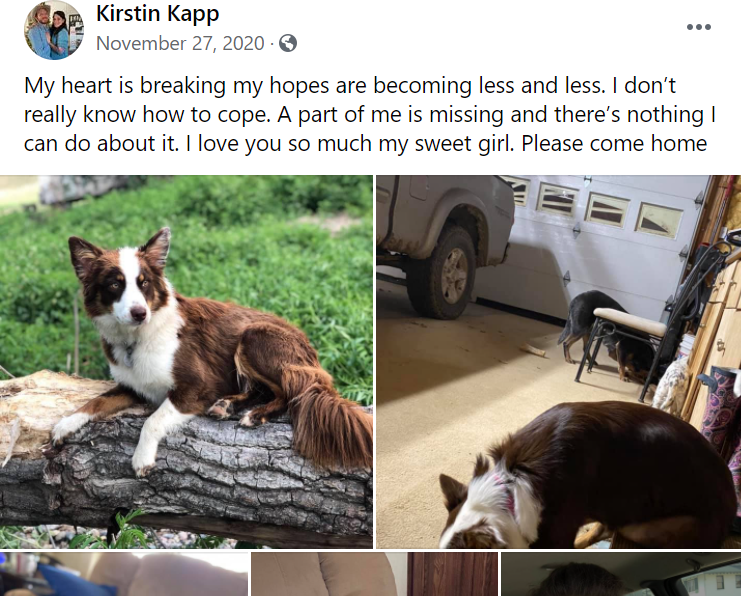 Liddie was missing for a whole three weeks until she was found by a nice couple who took her in. Under their care, they figured out that Liddie belonged to Kirstin Kapp, and after doing a little detective work of their own, they figured out where she worked.

That is when they took Liddie to Kirstin’s vet office where she worked in order to reunite the two best friends. 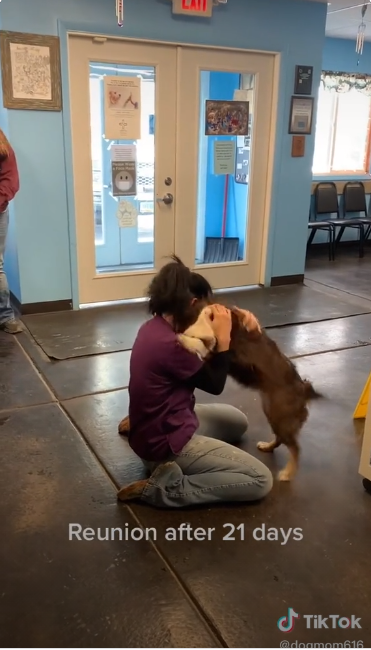 As you can imagine, it was a beautiful moment. The second that Liddie entered the door, she began to whine with joy and happiness.

Liddie couldn’t get through the door fast enough and into her owner’s arms. And Kirstin was just as excited to see Liddie. She was thrilled to have her beloved pup back in her arms – literally! 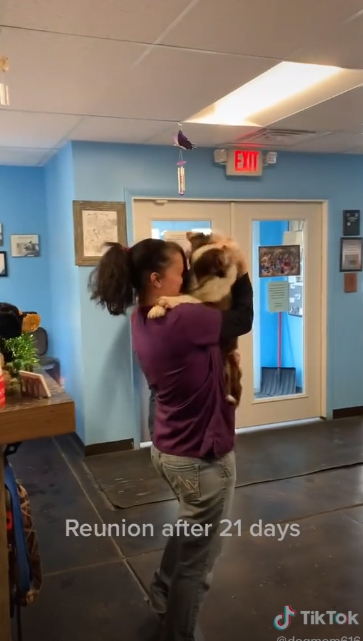 When the two saw each other again, Liddie launched herself straight into the woman’s arms and Kirstin embraced her doggie. May they never have to be separated like that again.

Watch the sweet reunion in the clip below: