In Quesnel, B.C., authorities want to know who deserted a mother dog and her 9 puppies in a sealed box at the Puntzi Lake landfill 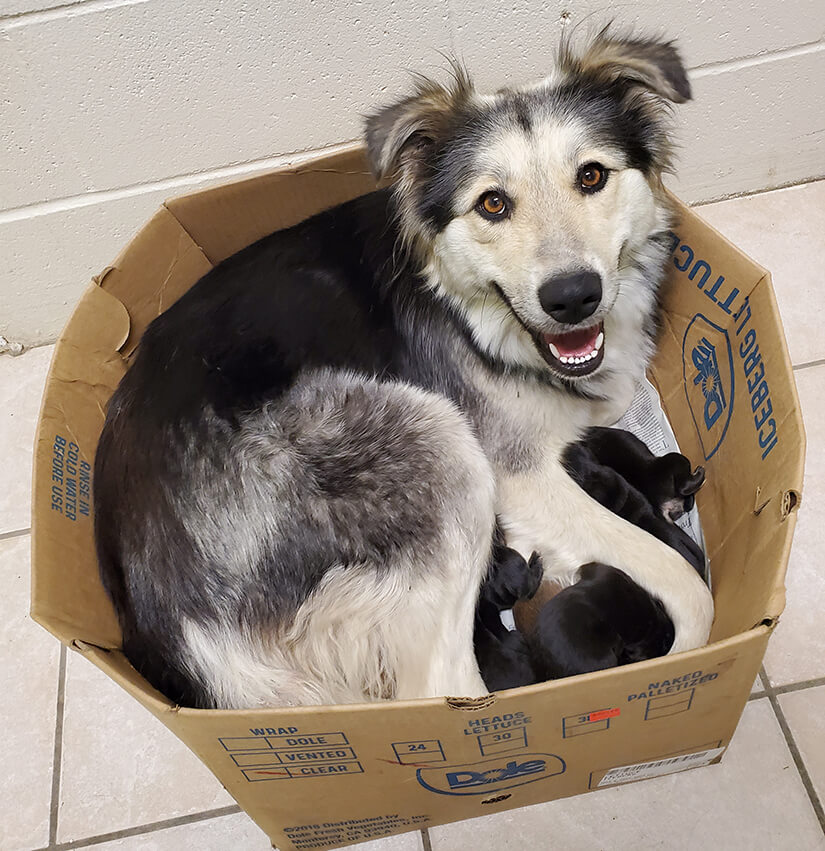 According to the B.C. SPCA press release,  the dog and her 9 puppies were found on June 5 by a Good Samaritan. The dogs were all taken to a veterinary hospital and then transferred to the SPCA. The mother dog, now dubbed Casey, is a year old and believed to be a border collie and husky mix. Her puppies are about a week old.

Casey is timid but very sweet and has been a devoted mother to her litter. She and the puppies are now in a foster home and all will be ready for adoption in approximately seven weeks. 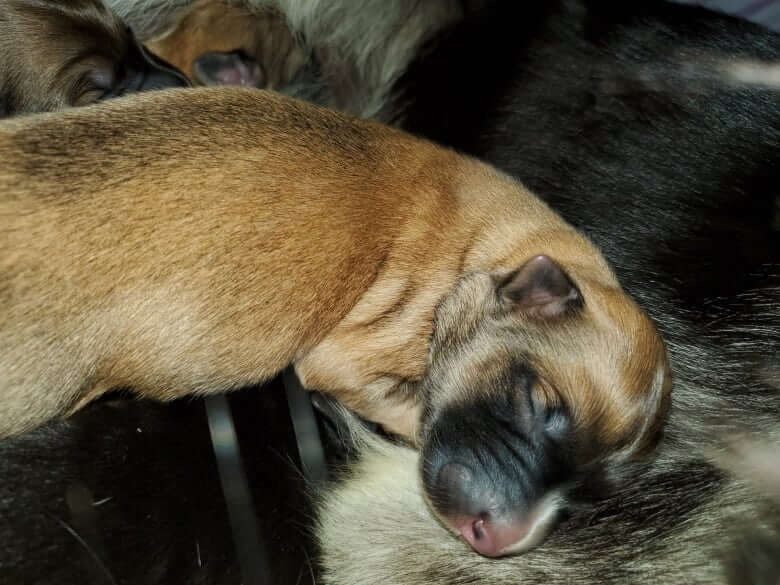 “It is against the law to abandon an animal,” said Lorie Chortyk, SPCA’s general manager of communications.

“Unfortunately, it would have been so easy for those animals to suffocate and die if someone hadn’t happened upon them,” said Chortyk.

“The SPCA is really looking for any information anyone might have if they recognize the mother dog to help us track down who might own this dog and who might have left them there.”