A naughty puppy from Warrington destroyed her family’s kitchen while they were out shopping. In fact, the family thought they had been burglarized, but soon discovered it was their one-year-old cocker spaniel who was responsible for pulling out everything in the cupboards and upturning the trash cans. 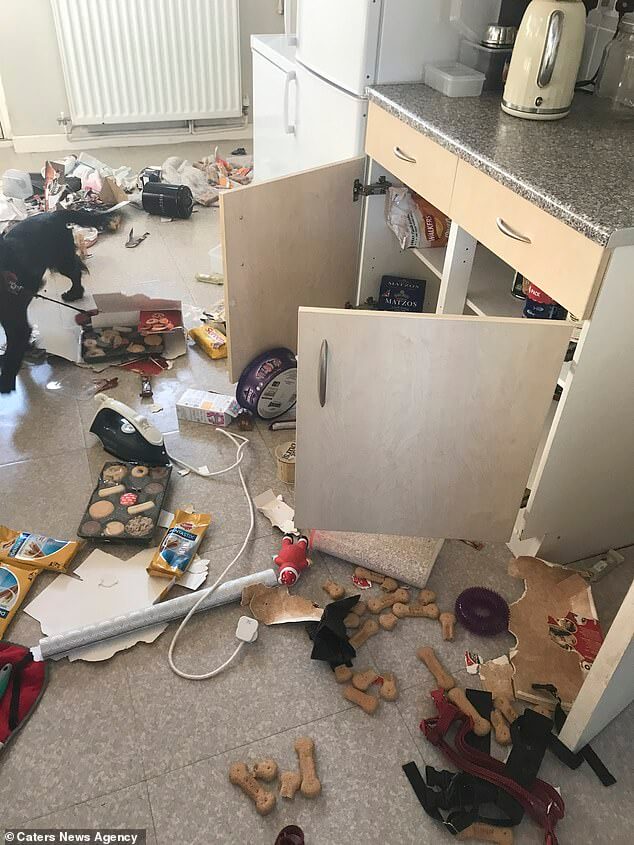 According to the Daily Mail, the dog’s owner, Dylan Raynor and his folks went shopping. When the family returned to their home two hours later, they thought they had been robbed – that is until they notice bite marks in everything. Uh oh – it was Dory – the cocker spaniel.

Dory, whose big brown eyes seem to portray the innocence of a puppy, has actually turned out to be a mischievous little pooch who left the kitchen floor strewn with an iron, trash, biscuits, chocolates and cooking utensils. She tried to eat the sugar icing and dried lasagna pasta. 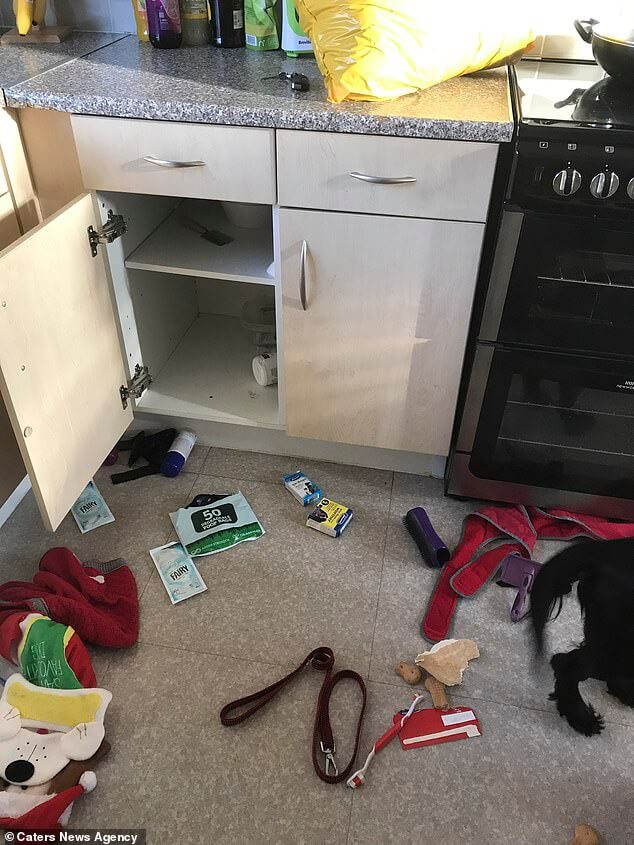 Her owner says Dory does attend doggy school and had some puppy training, but she’s still quite a handful He compares her to the Houdini of the “doggy world.” It seems even when under supervision, Dory still enjoys stealing socks out of the laundry basket, drinks out of bath water when bubbles are present, chewed her dog collar and consumed things that would make her sick – but 24 hours later she seems fine. 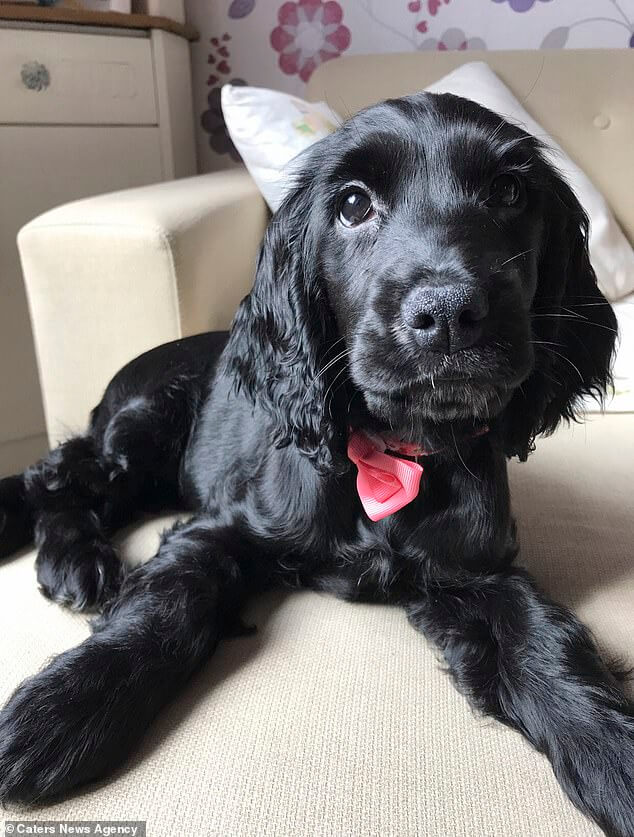 Dory’s first birthday is quickly approaching – how much longer will she be the mischief maker? Her family does love her and promises to take even more precautions now.