Bomb-sniffing dogs who play an enormous role protecting troops in Jordan have continued to die from preventable causes. On Friday, the US State Department’s watchdog agency issued a report detailing more dogs than previously cited had died.

In September, the State Department Office of Inspector General (OIG) reported at least ten dogs had died from various medical conditions from 2008 to 2016 while other dogs lived in substandard conditions.

“While dogs in the [Explosive Detection Canines Program] are tools used to combat terrorism, they are also living creatures that deserve appropriate attention to their safety and well-being,” the inspector general wrote in a report.

After September’s evaluation was made public, more complaints have since been filed describing more dogs dying from preventable causes in Jordan in 2019.  And now five more dogs died in Jordan between June and September 2019. 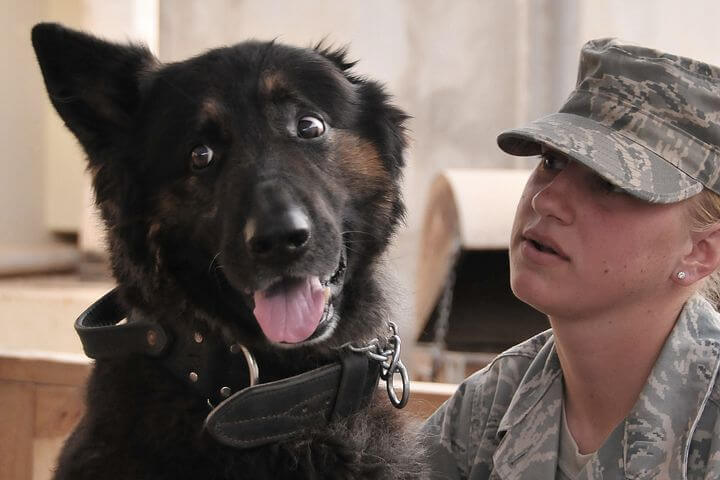 “…that canines with hypothermia suffer a terrible death,” the report stated.

Another dog identified in the latest report “suffers from Leishmaniasia, a preventable but potentially deadly and transmittable” disease that originate from mosquitoes, ticks and fleas.

Jordan is the largest recipient of State Department explosive detection canines. According to Stars and Stripes, the United States will temporarily halt the program in both Jordan and Egypt.

“One of the dogs in Jordan died after overheating in June, and another was poisoned by insecticide sprayed near its kennel in September, the report by the State Department’s Inspector General said.

Three of 10 dogs the U.S. has provided to Egypt in the past year have also died — one from lung cancer, one from a ruptured gall bladder and one from heat stroke.”

Seven dogs from Jordan have since been retired and returned to the United States where they have been adopted.

Thankfully there are people who care about those who cannot speak. These dogs often sacrifice their lives to save humans; surely they deserve better.