A Wanaque man has been charged with shooting his neighbor’s three-year-old rescue dog in the face through a fence separating the yards late Saturday evening. Tristan Owens, 22, faces animal cruelty for recklessly causing injury with a small caliber bullet. 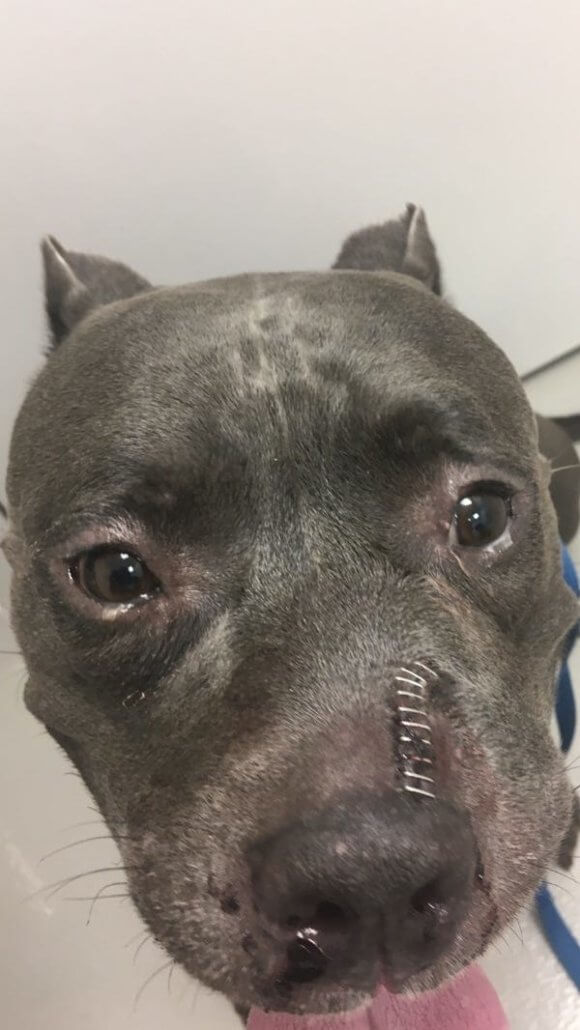 According to a press release on Tuesday from the Passaic County Prosecutor’s Office, the injured dog, Rellik – a blue nose pitbull survived the shooting. Bullet fragments mangled the dog’s palate as the bullet entered into his throat.

Rellik had been on an evening bathroom break as per his owner, Brian Coombs, in his own yard which backs Owens’ yard separated by a fence and a pond. Coombs said he saw two people in Owens’ backyard and called for the dog before he heard a bang. The dog didn’t yelp, but returned to his owner having difficulty breathing. Initially, Coombs thought the dog had been hit by a firecracker and rushed him to an emergency veterinarian where he found out Rellik had been shot in the face.

Police reports showed Owens fired a .22 caliber rifle in the direction of what he claimed was a coyote that was attacking his ducks. He stated he threw a rock to scare the animal away, but shot at it when it charged.

Coombs told authorities his dog did not leave the yard on Saturday night, and the dog wouldn’t harm anything or anyone.

A YouFundMe account has been established to help Rellik’s costly medical bills.