A two-year-old friendly and very affectionate Boston terrier named Fisher had been missing since July 4, 2020. After 290 days away from home, Fisher has been found and reunited with his family.

During the holiday weekend, the family of Elissa DeMaria Battista arrived in Ocean City, Maryland to enjoy a relaxing week at the beach. In the morning hours of July 4, Fisher learned how to  open the door; suddenly he was gone. He was last known to be wearing a Voyager harness for his leash and a blue and yellow Petco bandana. The dog was not wearing a collar at the time, but he had been microchipped.

The  family contacted the Ocean City Police, fire, beach patrols, the postal service, Scopes, lifeguards, hung posters and even made a local television appearance hoping to find their very important family member. They also arranged to bring in a professional dog tracker, in addition to making continuous trips in their cars, on foot and on bike. They never gave up hope.

And on Tuesday, someone on Facebook reached out to Elissa and showed her a screenshot of a found dog; yes, it was Fisher, and there was no doubt. The people who found the dog said he had been wandering around their neighborhood in Baltimore. He had a collar on, but it had no tags. The Good Samaritans picked him up, cared for him and posted his photo on Facebook with the description as being “friendly, sweet and playful.” 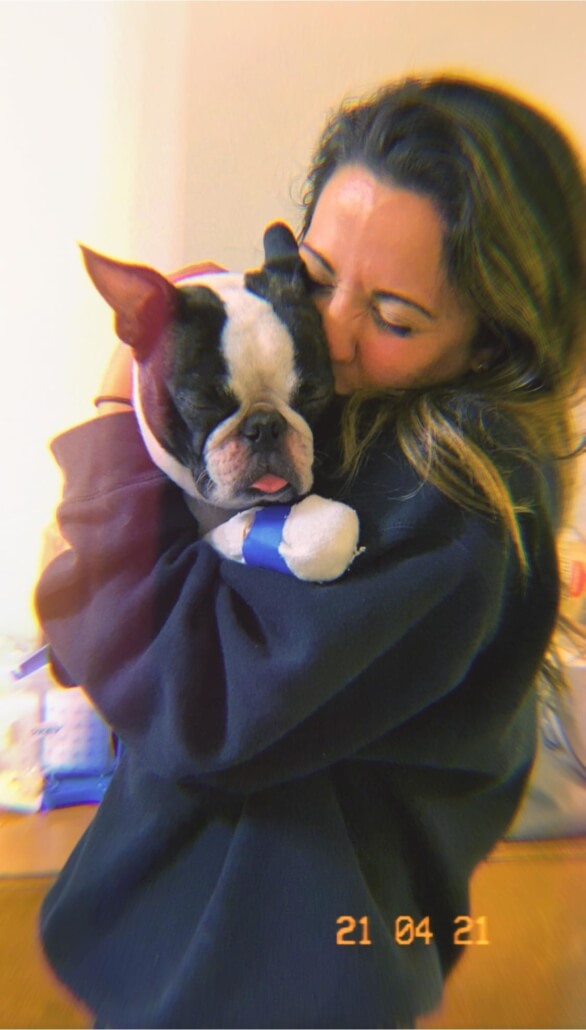 The rest of the story is all good news!

Marzia BTs Crew Donnini
FISHER IS HOME !!!!! 290 days after he went missing in OC, MD … and this is the BEST news ever

and his family for their great kindness and huge help to reunite Fisher to his family, to

for giving me THE news here in Italy this morning, to all the people who prayed, hoped, searched, shared, surfed on the web to cross pictures of found BT all over the US, to our groups

and to all the other people involved