A host of Newsmax TV recently went too far…mocking President Joe Biden’s senior German shepherd, Champ, for looking unkempt. On Friday, Greg Kelly Reports host, Greg Kelly, randomly went after the 12-year-old in a dog-shaming rant which resulted in some extreme backlash on Twitter and beyond.

During the program, Kelly laughing said:

“Did you see the dog? Doesn’t he look a little, uh, a little rough? I love dogs, but this dog needs a bath and a comb and all kinds of love and care. I’ve never seen a dog in the White House like this.”

Champ was purchased from a Pennsylvania dog breeder back in 2008. Champ lives at the White House with the Biden’s other German shepherd, Major, who was adopted from an animal shelter in Delaware. Major is the first rescue pup to live in the White House.

The First Dogs of the United States 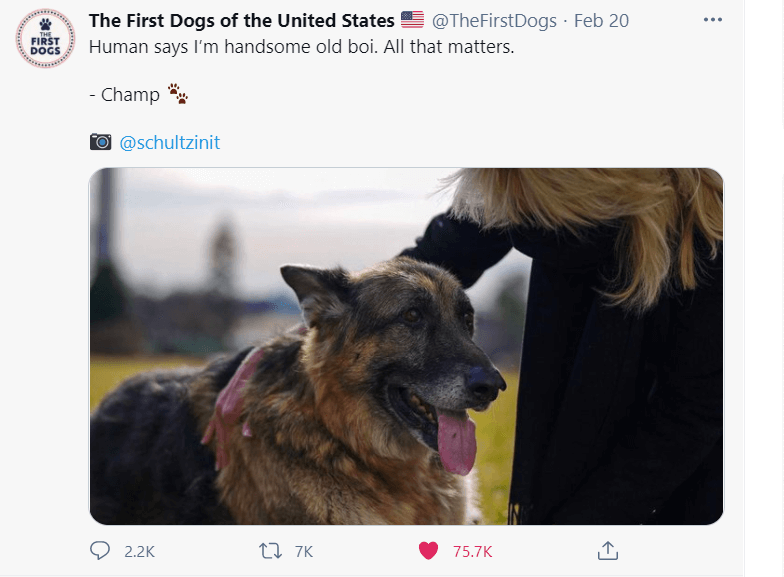 It shouldn’t matter which side of the political field you play on – leave the dogs out of it. Champ is indeed, a handsome boy.