On Saturday afternoon, the Obamas announced the death of their beloved family dog Bo after he died of cancer.

“This afternoon was a difficult one for our family. We said goodbye to our best friend -our dog Bo – after a battle with cancer.”

Nearly 12-years-ago, Bo moved into the White House as an adorable puppy after Barack Obama promised his daughters Sasha and Malia, they could have a dog in return for the time their father spent campaigning.

Bo, a Portuguese water dog had been a present on April 13, 2009 from Senator Ted Kennedy and his wife, Victoria to the Obama girls.

“He tolerated all the fuss that came with being in the White House, had a big bark but no bite, loved to jump in the pool in the summer, was unflappable with children, lived for scraps around the dinner table, and had great hair,” Barack Obama wrote.

In 2013, a companion for Bo and the family -Sunny came along. Both dogs were constantly photographed and popular with the public. They were seen at the annual Easter Egg Roll and would often visit children in the hospitals with Michelle Obama during Christmas.

“He was there when Barack and I needed a break, sauntering into one of our offices like he owned the place, a ball clamped firmly in his teeth. He was there when we flew on Air Force One, when tens of thousands flocked to the South Lawn for the Easter Egg Roll, and when the Pope came to visit,” she wrote.

And when the pandemic occurred, Mrs. Obama wrote ” no one was happier than Bo” as the family all spent time at home together.

And perhaps one of the sweetest descriptions of Bo came from Barack Obama’s book “A Promised Land.” 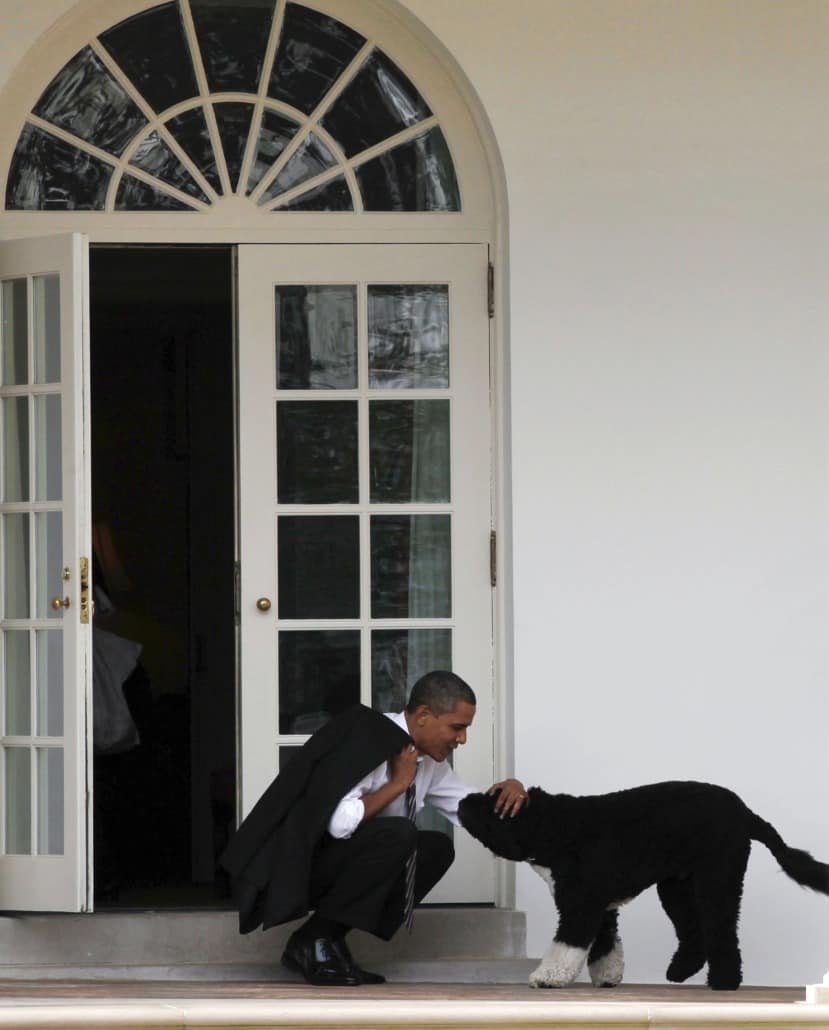 “… of all the pleasures that first year in the White House would deliver, none quite compared to the mid-April arrival of Bo, a huggable, four-legged black bundle of fur, with a snowy-white chest and front paws.”

Rest in peace Bo – you will be missed.