After 347 adoptions during Friday and Saturday’s adoption special, Baby was the only dog at AHS’ Campus for Compassion location who was not adopted.

She is still hopeful that she will find her furever family before the holidays, just like those 347 pets did during our Furever Home for the Holidays Adoption Special!

The four-year-old dog, described as a lap dog with an adorable smile, was brought to the shelter in 2018 as a stray. At one point she was adopted, but her person returned her because they were moving and she could not join.

Against all odds, Baby’s Christmas wish was fulfilled. Fox 10 News reports that her story went “viral” and in short order, a family adopted her. Best wishes in your new home Baby! 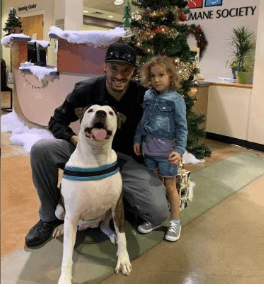